According To A Documentary 'Bollywood Bound', Neeru Bajwa Was To Go Back Home Without Achieving Her Dreams!

In the year 1996, Dev Anand visited Vancouver, Canada for his career's 50th year anniversary party and thats when he saw the very young Neeru Bajwa performing on dance numbers from his films.

Dev Anand offered her a role in his next film which got titled 'Main Solah Baras Ki'. Though an Italian girl named Sabrina (Shaista Usta) now a makeup artist, played the lead role but Neeru made her acting debut with it. The film came and went without trace. Neeru getting any attention for her debut was out of question when even the leading lady of that film could not grab any eyeballs.

Eventually, Neeru headed back to pursuing her studies but uninterested as she could be. She left Vancouver to travel to Mumbai on the very slim promise of a screen test.

This was the period of Neeru's struggle and Canadian  filmmaker Nisha Pahuja even captured this phase of her life in a documentary named Bollywood Bound (2002-03).

Bollywood Bound talked about these aspiring actors being too western for Indian Films. A changing phase of cinema & pop culture provided them work on Music Channels as VJ but out of the above mentioned four it was Neeru who went back to Canada without achieving her dreams. But as we know, Neeru was determined to make it big.

She was not keen to do a Punjabi film at first but since Director Manmohan Singh was a family friend, she accepted his proposal of leading 'Assan Nu Maan Watna Da' starring Harbhajan Mann, Kimi Verma, Manav Vij and herself. She even did a few Punjabi music videos but what changed her life was her role in the TV serial Hari Mirchi Lal Mirchi.

Neeru signed a contract with Tips Films for Prince & Dil Apna Punjabi. She surprised many with her bare all self for Prince and her Punjabi fans were a little too disappointed at this new avatar of Neeru. Call it hard luck but this film got junked at the box office and we never got to see Neeru in any other Hndi film. Though she initially looked down upon Punjabi Films, but over time her perception about them changed.

From a young Dev Anand discovery to a struggle in Mumbai; from doing a documentary to music videos, appearing in reality shows to serials, and becoming a queen of Punjabi Cinema and further directing and producing films, Neeru came a long way. Bollywood Bound..she proved you wrong!

Nisha Pahuja later directed an another famous documentary titled World Before Her and Neeru was quite vocal about showering it with praises. 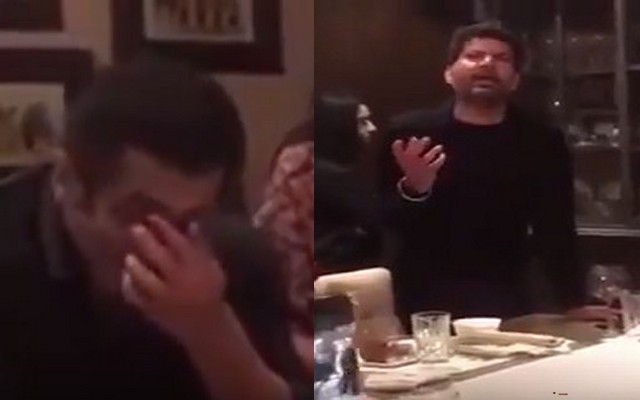