Hot Update: Tarsem Jassar Will Be Seen In This Movie Next!

After Sardar Mohammad hit the theatres, Tarsem Jassar fans started wondering which film will be seen in next and for all you enthusiasts out there, here's an info you should know about!

Tarsem will be seen in Jimmy Sheirgill and Simi Chahal starrer Daana Paani. One uncanny starcast that this film has, makes it quite a project worth waiting for. Although Sardar Mohammad did average business at the box office but seeing Tarsem's acting calibre, we are sure this guy has a long way to go.

Here's his look from the sets of Daana Paani: 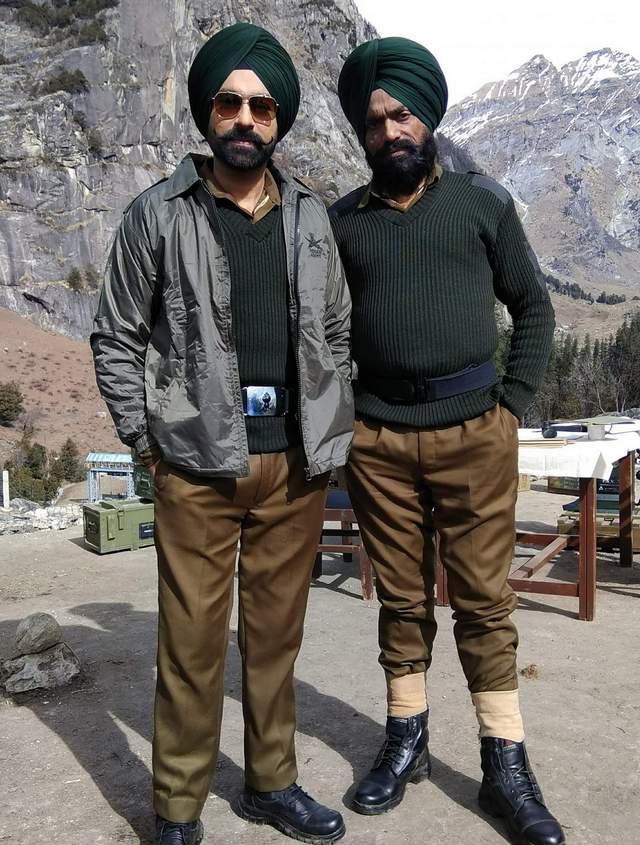 According to sources, his character is of much importance in the film and from the picture above it is evident that he will be seen as an army personnel and that too a dashing one.

In an exclusive interview with us he had once mentioned that he just doesn't follow trends but tries and does what he deems fit. He promised that his fans will get to see quite a bit of him in the coming years and that too in meaningful projects.

We did tell you in our previous posts that Jimmy will also be playing an army man in Daana Paani and precisely speaking, he'll be playing a subedar. Opposite him will be Simi Chahal, who has been away from the industry after Rabb Da Radio, starring Tarsem Jassar, Mandy Takhar besides herself.  She even bagged a Filmfare for this film. Let's hope that this film proves a win win for all the stars who are trying to make a comeback as well as for those who wish to sustain themselves in this industry.

On Bollywood front, Jimmy Sheirgill is gearing up for the release of his much controversial titled film 'Veerey Ki Wedding' starring himself, Pulkit Samrat and Kriti Kharbanda. Earlier Punjabi model turned actress Diljott was to make her Bollywood debut with this film but sources reveal that she's been shown the door and Payal Rajput has bagged her part.

By the way did you know that Jimmy Sheirgill's father wasn't allowed to enter the cinema during the release of 'Yaaran Naal Baharan'??