The punchline became so popular that makers announced the film with it as the title.

Directed by Vikram Dhillon, the film was released in the year 2012. Rajan Batra and Swaran Singh were the producers of the film and it was backed by Kapil Batra Film Production House Pvt. Ltd. Also Read : Remember Jihne Mera Dil Luteya? Diljit Dosanjh Had Initially Turned Down The Offer! 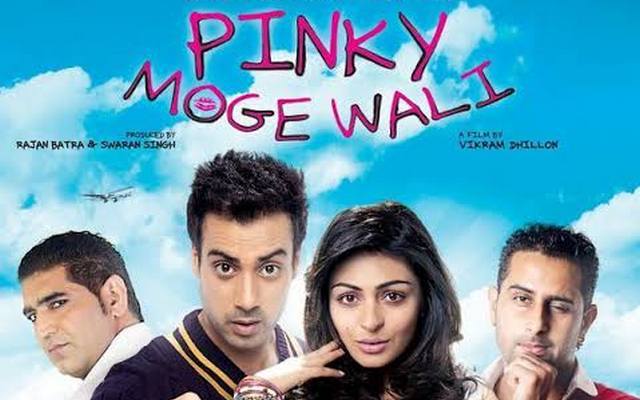 When Team GhaintPunjab reached out to the team of this film, Assistant Director Rajdeep Singh shared on a brief note, “It was due to popularity of the small dialogue that ‘Pinky Moge Wali’ film was planned”. Also Read : Life & Times Of Indira Billi: Yesteryear’s Superstar Of Punjabi Cinema

Pinky Moge Wali had Neeru Bajwa and Gavie Chahal in the lead roles along with KS Makhan, Geeta Zaildar, Rana Jung Bahadar, BN Sharma, Avtar Gill, Harpal Singh and Shivendra Mahal in the pivotal roles. Not only this, the film had cameo appearances of Jividha Astha and Dhriti Saharan.

A decade back, Punjabi Cinema was either sticking to one set of formula or was trying to ape Bollywood.

Similarly, Pinky Moge Wali too had the subject which had strong Bollywood vibes all over it. A girl vying for attention and love of her father plans her own kidnapping and meets the love of her life in this journey.

While Rana Ranbir had written the dialogues, the story was jointly written by director Vikram Dhillon and Vekeana Dhillon. Also Read : Did You Know About Desi Girl Priyanka Chopra’s Punjabi Connection?

Keeping the title in mind, Rana Ranbir had written dialogues with desi slang for Neeru Bajwa, who was playing an urban convent educated city girl. So, some of the dialogues were written on the spot to make the changes in the characters. The first look posters of the film had generated enough buzz for the film which resulted in good opening at the box office. In fact, the initial buzz around the film also made sure the film’s decent run at the box office. Furthermore, Neeru being on top of her game with a big hit like ‘Jatt and Juliet’ further help the film. Also Read :

However, audience felt cheated as they assumed it to be a comedy film by its first look. Back then, Pinky Moge Wali was the most awaited film of the year but the subject was totally different from what was being shown through first look posters and its popular title.

Though film managed to recover its cost and made some profit but such a film did teach the industry that Punjabi audience need their own stories and a Bolly tale won’t work here. The popular dialogue Pinky Moge Wali made it to the film and found a little more acceptance online, which might have inspired the makers to come out with its second instalment, Pinky Moge Wali 2 a decade later. Also Read : Celebrating 50 Years Of Nanak Naam Jahaz Hai - Interesting Trivia Inside!

But the sequel starring Neha Malik, Gurmeet Dosanjh and Jimmy Sharma went without a trace.