Popular comedian and actor Sunil Grover doesn’t need an introduction today. He has been in the industry from quite a long time and the mammoth amount of stardom that he enjoys today is an inspirational one.

With his sheer talent, hard work and resilience, the actor has featured in several Hindi and Punjabi movies where he managed to impress everyone with his acting skills. In fact, he has even proved the mettle of his acting on OTT platforms where ‘Tandav’ and ‘Sunflower’ are his critically acclaimed web-series. Having said that, it is important to mention that his characters, ‘Gutthi’ and ‘Dr. Mashoor Gulati’ turned out to be a game changer for him. Also Read : When Kapil Sharma Was Slapped And Kicked Out From The Sets Of ‘Gadar : Ek Prem Katha’

Well, talking about his professional success, not many know about the lavish lifestyle that Sunil leads! So, let’s tell you about it. 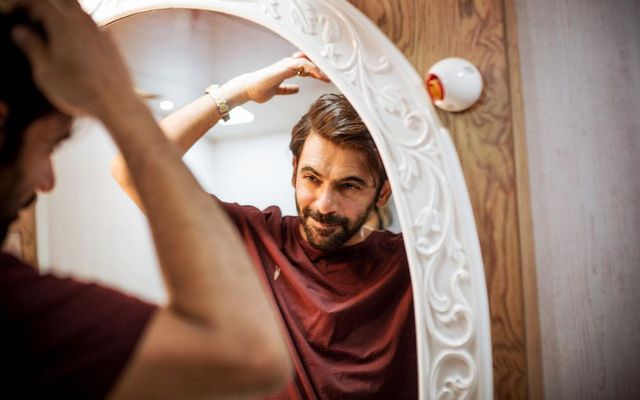 Reportedly, Sunil’s first salary was just Rs. 500 but now he is one of the highest paid television actors in the country. The actor charges approx. Rs. 10-12 lakhs per episode and if reports are to believed, these digits are only going to increase in the coming years. Also Read : When Diljit Dosanjh Had To Suffer Huge Monetary Losses For This Superhit Punjabi Song!

Despite all the popularity, the actor manages to guard his personal space away from the media. Keeping it low, he rarely shares pictures with his family. Though, as per the reports, he owns a luxurious home in Mumbai which he purchased for a whooping sum of Rs. 2.5 crore. The house is in a plush location where he lives with his wife, Aarti Grover and their son, Mohan Grover. Sunil is basically from Sirsa, Haryana where he has an ancestral house. The actor had spent his early childhood days there and now he is the owner of that house. Even today, he visits his old home once in a while to keep his roots intact.  However, the exact price of Sunil Grover's family home is not known, but the house is quite big and surely worth bags of money. Also Read : Sidhu Moosewala’s Wishlist For Punjab

This powerhouse of talent is a true car-lover. The actor has swanky luxurious cars parked in his garage including BMW5 Series which costs around Rs. 60 Lakh. Not only this, Sunil is a proud owner of BMW7 Series, and it costs a hefty sum of Rs. 1 crore.

From working in films to OTT to television and live shows and events, Sunil has several sources of income. In fact, he has several brand endorsements and charges a hefty amount of money for the same. Considering all his income sources and assets, Sunil’s net worth is estimated to be around the whopping sum of Rs. 21 crores.