Our Punjabi industry is going through a really a dark phase. Meanwhile, everyone was coping with the loss of singer Sidhu Moosewala, another legendary singer, Balwinder Safri has left for his heavenly abode at the age of 63 on July 26.

The singer wasn’t keeping well from past few months. Spending approximately 86 days in the hospital and going through a triple bypass, he had been in a comatose state after suffering brain damage post a heart surgery in April. Also Read : IFFSA Toronto 2022 Makes A Grand Return To The Big Screen

However, a few days back, sharing the health update, his team had informed that earlier admitted to Wolverhampton’s New Cross Hospital, Balwinder was discharged from the hospital and moved to a rehabilitation centre.

Unfortunately, now the sudden news of his demise has sent shockwaves around the world. Several artists with profound grief mourned the loss by sharing heartfelt posts. 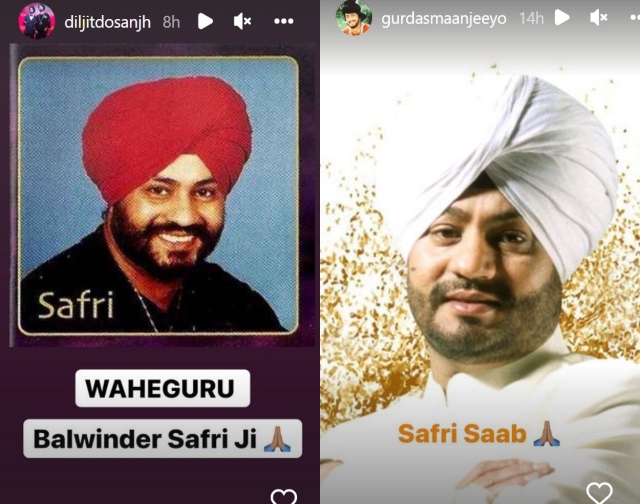 Born in Punjab, Balwinder Safri grew his career in Birmingham ad had been actively involved in the Bhangra music scene since the 1980’s. He had also formed the ‘Safri Boyz Band’ in 1990. The band is recognised for its superhit songs like ‘Raahe Raahe Jaan Waliye’, ‘Mere Dil Te Alana Paya’ and many more. Also Read : Sidhu Moosewala To Be Honoured Posthumously With ‘Waris Shah International Award’ In Pakistan

Team GhaintPunjab also offers its heartiest condolences to the bereaved family and friends.