Well! Well! once again Diljit Dosanjh has made it to the headlines as he has become the only Punjabi artist to get a wax statue at Madam Tussauds in Noida.

Actually, the London origin Madame Tussauds is opening its Noida centre after the one in Delhi’s Connaught Place closed down during the pandemic. Known as Madame Tussauds India, the centre covers an area of 16,000 sqft in the entertainment zone on the mall’s fourth floor. It will be open to visitors after 2:320 p.m. from today. Also Read : After ‘Kabhi Eid Kabhi Diwali’, Shehnaaz Gill Bags Her Second Bollywood Project -Details Inside 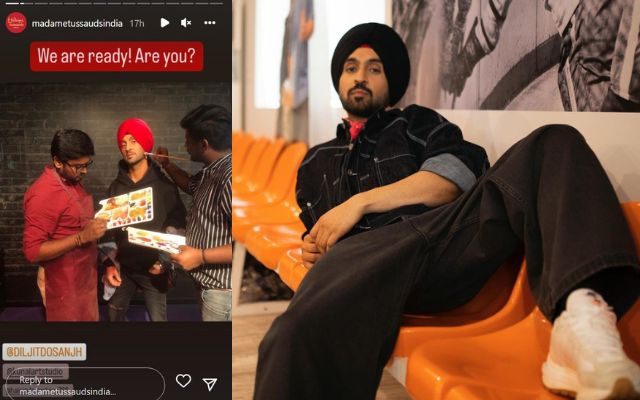 Apart from Diljit, some of the wax statues that will be on display are of PM Narendra Modi, cricketer Sachin Tendulkar, Kapil Dev, Virat Kohli, playback singer Asha Bhonsle, actors Shah Rukh Khan, Anil Kapoor, Katrina Kaif and Mahatma Gandhi. Not only this, statues of cartoon characters including Motu Patlu are also being installed. Also Read : Punjabi Origin Comedian Paul Chowdhry Attacked By Thugs In London

But amidst all these, we are really loud and proud about Diljit’s statue because mom de statue ch vi taur singh di…..