Did You Know About Desi Girl Priyanka Chopra’s Punjabi Connection?

Global superstar Priyanka Chopra enjoys a mammoth amount of stardom all over the world.

In a long career span, she has gone strength to strength. From acting to singing and international collaborations to launching her homeware collection, she has done it all. Apart from her professional achievements, she has always turned heads for her unabashed strong viewpoints which are a testimony of her being a strong headed and independent woman. Also Read : 5 Times Katrina Kaif Got Punjabi Hearts Fluttering

The Miss World pageant holder today is one of the highest paid actresses who hails from Jamshedpur, Bihar. Both her parents were physicians in the Indian Army and she was born in Punjabi Hindu family in Ambala. The list of her long achievement goes on and on but right now here in the article we are revisiting the diva’s Punjabi connection. Not to keep you wondering, just go ahead reading! Also Read : Bet You Didn’t Know Guru Randhawa’s Hilarious Nickname! 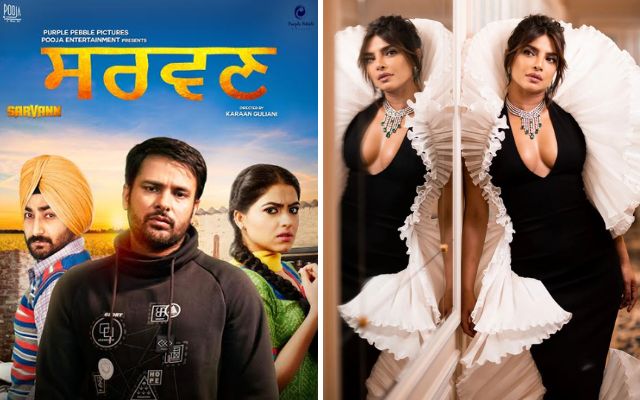 So, actually, Priyanka Chopra in the year 2017 ventured in the regional Punjabi cinema as she produced Punjabi film, ‘Sarvann’. The film starred Simi Chahal, Ranjit Bawa, Amrinder Gill, Amberdeep Singh and others. The film portrayed the story of a Canadian guy who finds his roots in Punjab. Though the film couldn’t do any wonders at the box office as it failed to impress the audience but a lot of hype around the film was created only over it being PeeCee’s debut production project. Also Read : Why Does Yo Yo Honey Singh Wears These Customised Lockets?

Well, after that Piggy Chops never tried her hand in any other Punjabi project but we would surely love to see her doing so. What do you think?