It really feels great when your work is honoured with recognition. And why not? The much-deserved handwork and dedication gets a much-needed boost.

One such person with the same feeling right now must be popular actor-director Harp Farmer whose film titled, ‘Razaa’ has recently been selected for screening at International Film Festival of Shimla.

The update was shared by the actor himself on his social media handle. Also Read : It’s Badshah & Ikka Collaboration For The First Time! 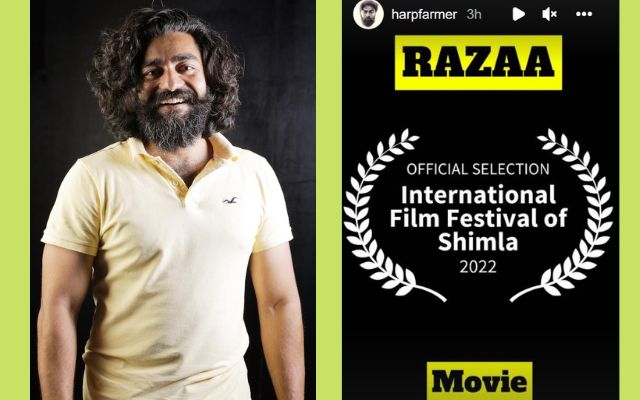 The story of the film is based upon Sadat hasan Manto's 'License'. Written and directed by Amit Sanouria, the film stars Harp Farmer, Anand Priya, Sarver Ali, Anita Shabdeesh, Ikatar Singh, Dr. Ranjan Gupta and others.

The film is produced by Harp himself under the banner of Satvik Arts. Apart from this, music of the film is looked after by Gavy Sidhu.

For the unversed, Harp is known for his roles in films like ‘Bambukaat’, ‘Kawela’ and several others. Also Read : Choo Mantar: New Punjabi Movie Announced!

Well, that indeed is a great news! Here's sending him all the luck and best wishes for the achievement.