Amidst a lot of movie announcements, a new Punjabi movie ‘Choo Mantar’ was announced earlier this year on July on social media. 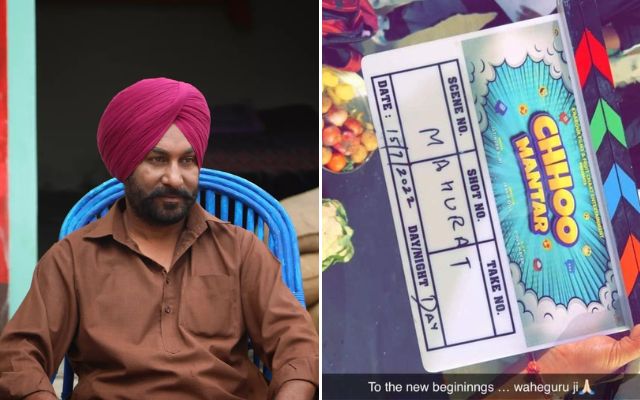 The film will star Roshan Prince, Mintu Kapa, Baljinder Kaur, Honey Mattu, Malkeet Rauni, Sanjeev Attri, Gurman Gill and others in the important roles. In the latest update, the film which will be releasing under the banner of Kharour Films & Fruit Chatt Entertainment has wrapped the shoot.

Several posts and pictures were shared on social media by the team as they completed the shoot. Have a look! Also Read : First Look Poster Of ‘Shonk Sardari Da’ Is Out!

Not much details about the film have come to light as of now but let’s see what makers have under the wraps for the audience. Also Read : First Look Poster Of ‘Je Tere Naal Pyar Na Hunda’ Is Out!

Btw, to tell you more about Jasbir Gill, apart from direction, he is also known for his roles in several movies including ‘Dakuan Da Munda 2’, ‘Sajjan Singh Rangroot’ and others.