Diljit Dosanjh Join Hands With Comedian Lakhan Kaul And Sangtar For His Next!

After back-to-back superhit live shows, Diljit has now announced his next project which is in collaboration with popular comedians and Youtubers Lakhan Kaul and Sangtar. It is actually a full-fledged film.The singer turned actor took to his social media handle to share a hilarious video along with a caption which reads, “TV Te Aaun Da Chaa Dekho”. Also Read : Sargun Mehta To Mark Her Bollywood Debut Soon

The film will release this year and that too in the month of September. Don’t believe us? Well, Dosanjhavalan himself has confirmed the news by sharing the video on his Instagram story with a caption, ‘Punjabi Movie This September’ Also Read : Jayy Randhawa’s ‘Chobbar’ Has A New Release Date! 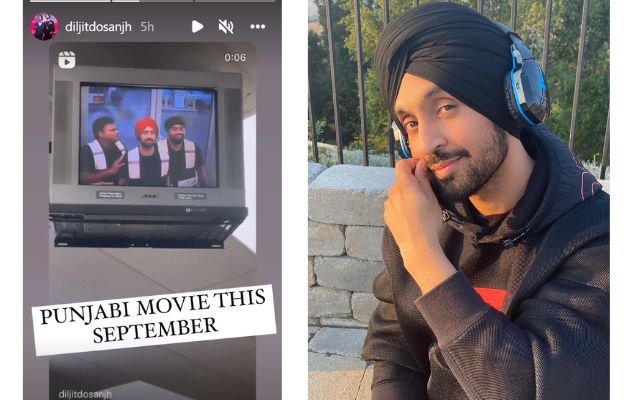 Well, none of us saw this pleasant surprise coming but after the announcement, it has only added to our excitement. Looking at the hilarious video, we suspect this talented actor is all set to make everyone laugh out with his antics. Also Read : Lifetime Box Office Collection Of Dakuaan Da Munda 2

Let us tell you, Lakhan Kaul and Diljit have earlier worked together in ‘Honsla Rakh’ also.

Apart from this, Diljit and Sargun Mehta starrer, ‘Babe Bhangra Paunde Ne’ is also waiting for its release on September 30 and guess what? This has brought a little confusion about the fact, if this collaboration is for BBPN.

Well, what do you think, do let us know in the comments section!