Recently, Sidhu Moosewala’s family has registered an FIR against the ‘unknown’ people involved in leaking and forwarding Moosewala’s unreleased songs.

His family has shared a copy of the FIR which reveals that a case has been registered under Information Technology Act, 2000 under IPC section of 72 against the fraudsters. 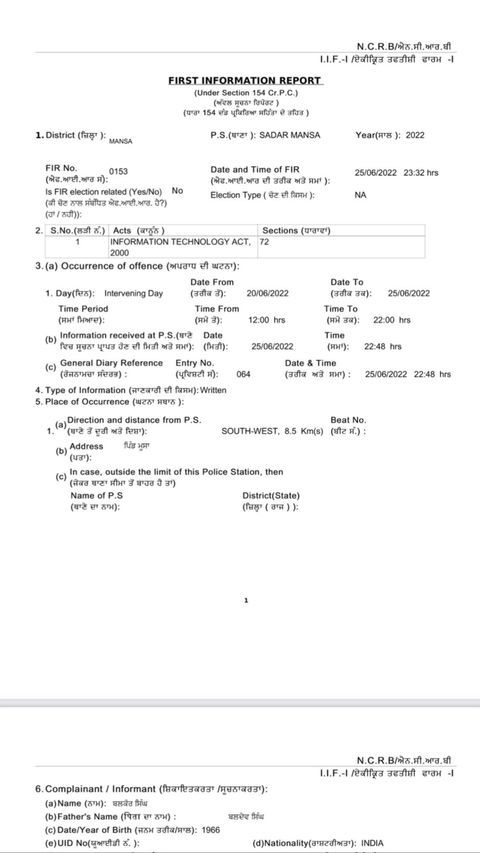 Not only this, in a series of photographs shared on social media, it has also been revealed that the first accused got arrested but slain singer’s mother forgave him. However, this was the first and the last act of forgiveness and a warning has been given to everyone to not indulge in any such activities in the future. Also Read : G Khan Becomes 'Mama', Blessed With A Cute Niece! 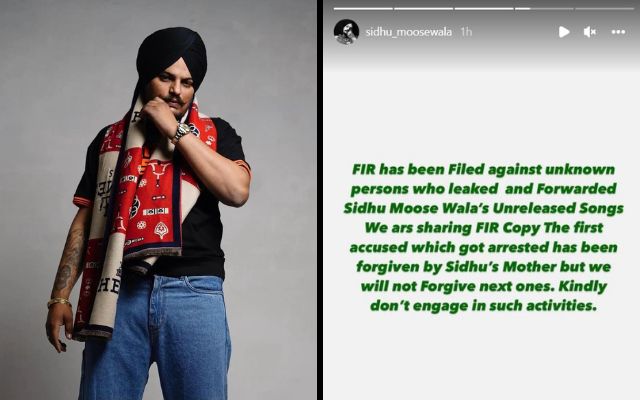 Let us tell you, Sidhu Moosewala’s ‘SYL’ was leaked before its release. It has also been reported that a couple of more songs were also leaked, one of which from Canada. Following such fraudulent activities, Sidhu’s family took the strict action. Also Read : FIR Registered Against Punjabi Actor Rana Jung Bahadur For Hurting Religious Sentiments

Now, as per reports, a special team has also been made by the Punjab Police (Mansa) to avoid such illegal activities pertaining to the singer’s unreleased songs.