Diljit Dosanjh Had Almost Turned Down Dharma’s ‘Good Newwz’! But Why?

The comedy flick portrayed the story of two couples who opt for an IVF treatment, but a sperm mix-up entangles their lives. This critically acclaimed film had even entered the 100 crores club. Performance of each character and film was able to make a special place in the heart of audiences who lived through every emotion in the film.

Talking about Diljit Dosanjh per se, this film proved to be one of the biggest films of his career but what if we tell you about the ‘High-End’ singer being sceptical about taking up the project. Yes, you read it right! Also Read : These Sidhu Moosewala Songs Are Beyond Violence, Politics Or Gun Culture! 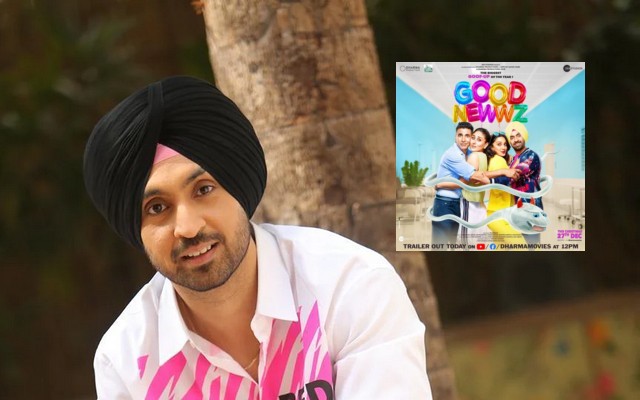 Well, the fact left us surprised as well and why not? Who in the world wouldn’t want to take up the Dharma project but in an interview ‘Dosanjhavalan’ had revealed that he was earlier called at Dharma Productions after ‘Udta Punjab’ He didn’t have much idea but his manager insisted on going so they visited. “We went there but eventually, nothing happened and nothing clicked, despite going. This time for Good Newwz, they looked much more serious and they handed me the script as well, saying that the project has Akshay Kumar, Kareena Kapoor Khan and Kiara Advani”. So, it was then Diljit realized that Dharma is actually serious this time and keen on casting him. Well, rest is history! Also Read : Hey! What Happened To Ameesha Patel’s Debut Punjabi Film?

As they say, whatever happens, happens for good and certain risks or tries are worth taking. What do you think?

Btw, how did you like Diljit Dosanjh’s work in the film?