Nimrit Confesses “I Was The First Choice For Honsla Rakh”

Needless to mention everybody has got a special place in their heart for Amarjit Singh Saron’s ‘Honsla Rakh’ which starred Diljit Dosanjh, Shehnaaz Gill and Sonam Bajwa in the lead roles. This comedy entertainer had received immense love from the audience to become the highest grossing Punjabi film of 2021. All the actors in their respective roles seemed the perfect choice for us but what if we tell you, Shehnaaz Gill was not the first choice for the role of ‘Sweety’!

Yes, you read it right! 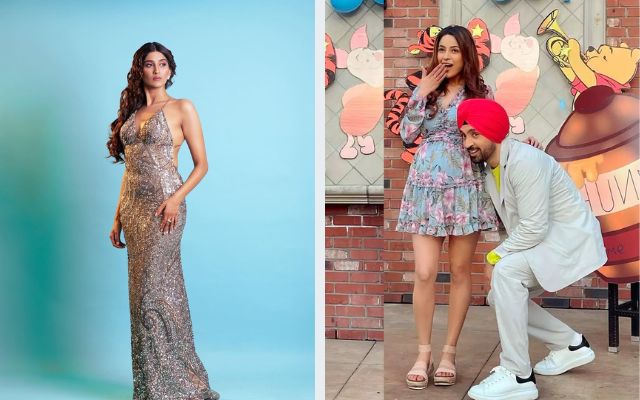 In an interview with a leading daily, Nimrit has revealed that she was offered the film during her stint in the show. It was Diljit Dosanjh who had reached out to her, texted her and asked if she would test for a part. “I woke up to his message and started crying”, she remembers. Interestingly, the part for which Nimrit had auditioned was later played by Shehnaaz Gill. “It was sad that I didn’t get to work with him. Lot of things didn’t work out - COVID was at its peak. And again, somebody’s miss is somebody’s gain”, she further adds. Also Read : Jimmy Sheirgill Regrets Losing Role In This Superhit Film

Well, this is a fact that rejections, replacements and ups and downs are a part of an artist’s life but losing a few can actually be disappointing for them. Nevertheless, we still hope to see Nimrit gets the much-deserved roles that she aspires to be a part of especially in the Punjabi industry.