This might sound unusual but popular Bollywood actor Vicky Kaushal had rejected several crucial roles before getting his ‘big break’!

Undoubtedly,Vicky is one of the most versatile actors and owing to this versatility and he has given several stellar performances making him one of the celebrated actors of the industry. After years of sheer hardwork and resilience, he is able to carve his niche in the industry and no surprise; today he is backed with some really big projects.

But in this article we will talk about a list of those films Vicky was about to become the part but that did not happen! To know the reason, go ahead reading! Also Read : Vicky Kaushal Starrer Sardar Udham Singh’s Teaser Is Out, Here’s What We Saw! BHAAG MILKHA BHAAG (2013): Well, not many know but Rakeysh Omprakash Mehra’s ‘Bhaag Milkha Bhaag’was the first ever film Vicky had ever auditioned for. Though, the role was minuscule but still he ended up being rejected.

Recalling those times, the actor believes that he was ‘bound to get rejected’. Rather, it was this time when he actually got the shock and self realization if he is actually meant to be an actor? When Vicky met the casting team, he realized that he knew nothing. This was the time which made him think that he had a lot to learn about acting and that he was not well versed with the craft. Infact, this experience had awakened fear in him and served as a wake-up call. He calls it as “an important day” of his as he could not sleep.

Well, nearly after two years, in the year 2015, the handsome hunk had marked his acting debut with Neeraj Ghaywan’s ‘Masaan’ which was a commercial and critical success but the episodes of rejection did not end here for him. Also Read : Karan Johar’s Uncontrollable Punjabi Habit!

PADMAAVAT: Next one on the list is magnum opus Sanjay Leela Bhansali’s 2018 release ‘Padmaavat’ which starred Deepika Padukone, Ranveer Singh and Shahid Kapoor. The movie was a blockbuster hit but do you know Shahid’s role of ‘Maharawal Ratan Singh’ was initially offered to Vicky but rumours suggest that things went haywire and he couldn’t bag the role. Infact, some of the reports claim that it was Deepika who when heard Vicky as SLB’s choice, she straight up rejected the idea and wanted Sanjay to direct some huge star and that’s how later Shahid was brought on board. The accuracy of the rumour till date is not confirmed as Deepika and Vicky appeared in a commercial together in the same year.

83 – This was another sports drama film for which Vicky was a part for sometime but later he rejected the project. So, let us tell you, the auditions for ‘83’ happened even before ‘Raazi’ was released and became a commercial success, after which the actor preferred to opt out of the project as he didn’t wish to play the secong lead. Also Read : Do You Know Diljit Dosanjh Was Not The First Choice For ‘Soorma’? 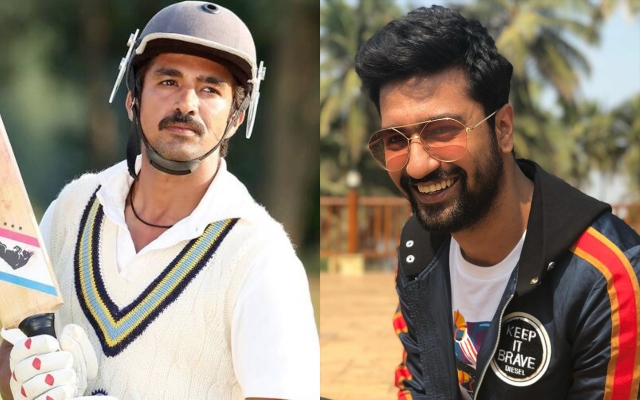 Vicky was supposed to play Mohinder Amarmnath’s role and even Kabir Khan was keen on casting him but eventually the role was bagged by Saqib Saleem.

Surprisingly, Vicky had even almost rejected ‘Uri: The surgical strike’, the movie which later proved to be the game changer in his career. The actor had confessed that he didn’t connect with the film at first but it was his father who convinced him to take it up. "My dad found the script & read it. He told me it will be the biggest mistake if I didn't do it. I asked for more time. Read the script again. And got really excited to do it", he had told in an interview. Also Read : When Wamiqa Gabbi Almost Quit Acting!

Well, this was a lookback in the actor’s career who never fails to impress his fans with his social media presence and unconventional projects.

How do you look at actor’s filmography, do let us know in the comments section!