Whenever anyone sees a new film announcement, the first thing they check is the star cast! Similarly, we have another film currently in the process of being filmed which showed us some new faces. Well, the one we are talking about is ‘Chotta Sardar Zorawar Singh’. Also Read: Rana Jung Bahadur Shares A Glimpse Of His New Film ‘Dil Chor’!

The news about the film was shared by the ‘Pind Dian Galian’ fame Satwant Kaur. Kaur shared a video from the sets which show the cast of the film sitting and chatting together. Out of all the faces, the one we recognized instantly was the Punjabi actor Malkit Rauni!

This Punjabi film is directed by Bobby Bajwa and produced by Brit Entertainers. While officially, the film’s details haven’t been shared by the cast and crew, this little scoop is enough to get our attention, ain’t it? Also Read: New Film Alert! This One Is Titled ‘Dingi Dhon’ 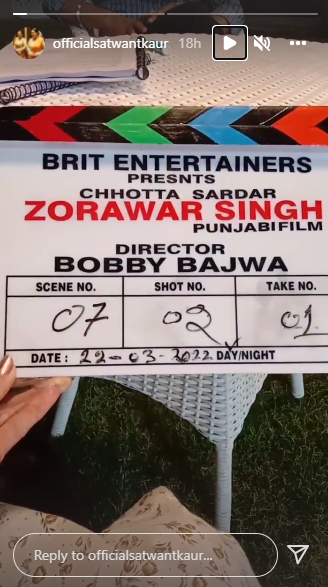