Summers are in, so going to the air-conditioned cinema to watch your favorite films with a bucket full of mouth-watering buttery popcorn and chilled cold drinks should be added to your bucket list now! Well, here are the Punjabi films you can enjoy on the big screens this month!

Starting the month, we have a release on the 1st of April itself! No we are not joking, the film ‘Lekh’ is said to release on this date! Also Read: Gurmeet Bawa Honored With Padma Bhushan Posthumously, Daughter Receives Award

The Gurnam Bhullar and Tania starrer, ‘Lekh’ is one of the most awaited films of the year. The film is directed by Jagdeep Sidhu and is a classic romantic drama. However, the fans have a lot of expectations from this one… Let’s keep our fingers crossed!

After the first week, the second week has a clash between not just one but two Tarsem Jassar films (I can only imagine the dilemma of his fans)! While one is the film that has been postponed multiple times— ‘Galwakdi’, the other is a triquel to the ‘Rabb Da Radio’ franchise! Which one would you prefer to watch? Also Read: A Funny Incident In Rupan Bal’s Life That Led Him To Acting!

This Tarsem Jassar film will release on April 8, 2022 and stars actress Wamiqa Gabbi in the female lead. Not to forget, this is one of the Punjabi films that faced the consequences of the pandemic as this was earlier supposed to release on the New Year’s Eve but because of the safety protocols, the makers had to postpone the release date and now finally this one will release on the above-mentioned date.

Much like its previous parts, this one stars Tarsem Jassar opposite Simi Chahal. The film is supposed to go on the floors on April 8, 2022. While the original film of the franchise had won a National Award and even the sequel had garnered a good response, we are just waiting to see how well the audience receives this one! Also Read: Did You Know That Rani Mukerji Got Exchanged With A Punjabi Baby?

Moving into the third week, we have just one release on the 22nd of April, i.e. Parmish Verma’s ‘Main Te Bapu’...

Entering the last week, we have yet another clash on April 29, 2022. While one is the Jimmy Sheirgill's 'Shareek 2', the other one is Mehtab Virk’s ‘Ni Main Sass Kuttni’. Another difficult decision for our movie buffs…ain’t it?

The sequel of the superhit movie, 'Shareek' is another film that the public has been waiting for. The movie will be directed by Navaniat Singh who had directed the original movie also. This one is written by Inderpal Singh.The star cast of the movie has not been revealed though but the first look poster and the motion poster of the movie clearly suggest that Jimmy Sheirgill and Dev Kharoud will be seen in the lead roles. Also Read: At 41, This Is What The ‘Makhna’ Model Shweta Tiwari Looks Like! 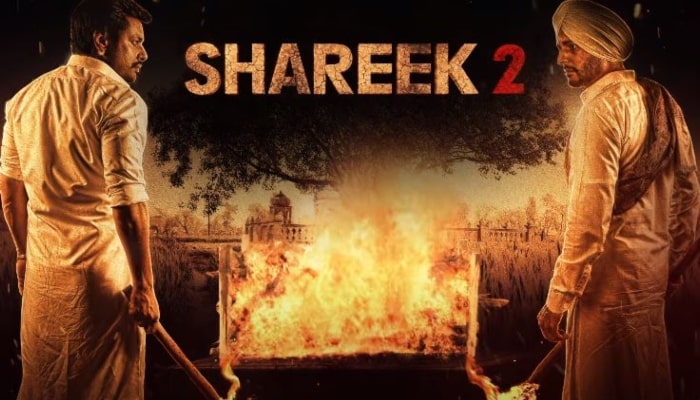 This one is surely going to be a treat for all the Mehtab Virk fans as it will mark the acting debut of 'Jhidkaan' singer while Tanvi Nagi will be the leading lady opposite Mehtab. Directed by Parveen Kumar and written by Raju Verma, the movie will also star Gurpreet Ghuggi, Karamjit Anmol, Nirmal Rishi and Seema Kaushal among others. Also Read: Simi Chahal To Make Her Singing Debut Soon?

Which of the aforementioned films are you most eager to watch?