The last we heard, the shoot for the film titled ‘Noorani Chehre’ had begun shooting in February 2022. The picture shared by Rai had the caption that read, “The man himself @nawazuddin._siddiqui   #nooranichehra”. Also Read: Actress Shama Sikander To Get Married This Month!

The mention of the film makes us question that Babbal Rai is on the sets of ‘Noorani Chehre’ and has a new project in collaboration with Nawazuddin Siddiqui. But it isn’t just us! Many people in the comments section are raising the question and expecting a new project from the duo. Also Read: Former Miss India Punjab 2020 Ties The Knot With Punjabi Music Video Director! 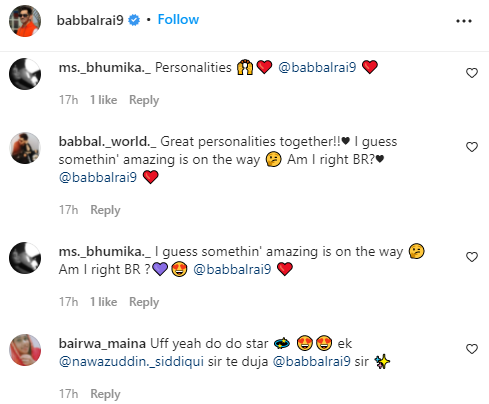 shama sikander to get married this month...