There has been a lot of movie announcements happening back to back with Punjabi cinema experimenting with new genres. A new name that has now been added in the list is that of ‘Ghoda Dhai Kadam’.

Written by Kumar Ajay, this one will star Sippy Gill and Sara Gurpal in the lead roles. The movie will be directed by Sagar S. Sharma to be produced by Vivek Ohri under the banner of Ohri Productions and Chaupal Studios. The announcement for the same was made by the team on their respective social media handles. Also Read : Aaja Mexico Challiye Trailer Review: Looks Promising, Hope It’s Not Just The Trailer! 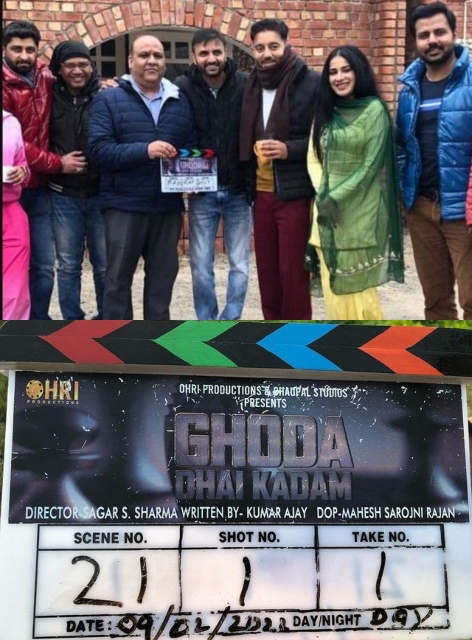 Well, Sara and Sippy will be seen sharing the screen for the first time and the name of the movie in itself is quite intriguing. So, it will be interesting to see the chemistry of these two and also what makers are going to bring for their audience in this one. Also Read : Upcoming Punjabi Movies – 2022!

Reportedly, the shoot of this one is taking place in and around Chandigarh and Mohali.