Two days after the death of Punjabi actor and activist Deep Sidhu in the road accident on KMP highway, Haryana Police has arrested the truck driver on Thursday responsible for his death. Reportedly, the accused was arrested from Delhi Bypass.

The driver has been identified as Qasim Khan who hails from Shingar village in Nuh of Mewat district. He had managed to run away from the spot after the incident took place. Also Read : Punjabi Actor Deep Sidhu Passes Away In A Car Accident! 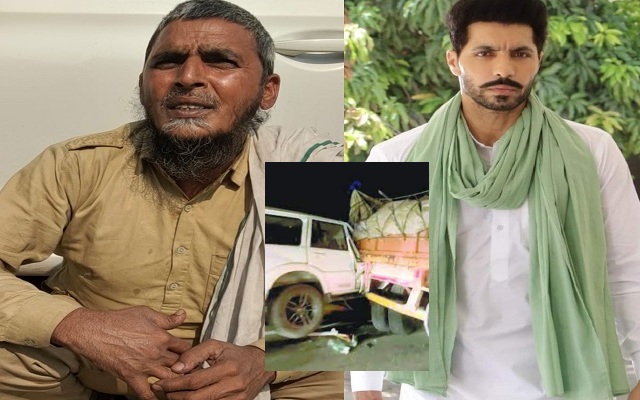 According to police, the driver during investigation said that he was transporting coal from Ahmedabad to Muzaffarnagar. Jaspal Singh, Station House Officer (SHO) of Kharkhoda police station, said that the accused driver has even admitted that the accident took place because of his negligence. “He claimed the truck was moving and he hit the brake due to negligence on his part, following which the Scorpio rammed into rear of his truck,” he said. Also Read : Here’s All You Should Know About Deep Sidhu!

The police authorities have also said that the accused will be produced in a court in Sonepat today. Also Read : Exclusive Chit Chat With Actress Reena Rai - The Lady Love Of Deep Sidhu

It is important to mention here that Surjeet, brother of Deep Sidhu had also filed a complaint at Kharkhoda police station, claiming that the truck driver had applied brakes suddenly, which resulted in the accident, claiming Sidhu’s life. An FIR was registered under IPC sections 279 (rash driving) and 304 A (causing death by negligence).

kapil sharma to lead in director nandita das next ...