Sardar Mohan Singh, The Sikh Behind The Formation Of INA!

Everyone knows who Subhash Chandra Bose was and especially if one mentions the Indian National Army (INA) or Azad Hind Fauj. However not many know the history of the Indian National Army is divided into two parts— First and Second. And the ‘second’ is from Bose’s era, the ‘first’ part is about the formation of the Fauj and the role of Sardar Mohan Singh in it!

Sardar Mohan Singh was originally a captain in the Punjab Batallion of the British Indian Army fighting in Malaya. He was a Prisoner of War, captured by the Japanese after his unit 1/14 Punjab Regiment was uprooted and destroyed by the Japanese at Jitra. At the time two units, 1/14 and 5/14 were defeated by the Japanese. Also Read: Do You Know How Punjab’s Very First Film Studio Came To Be? 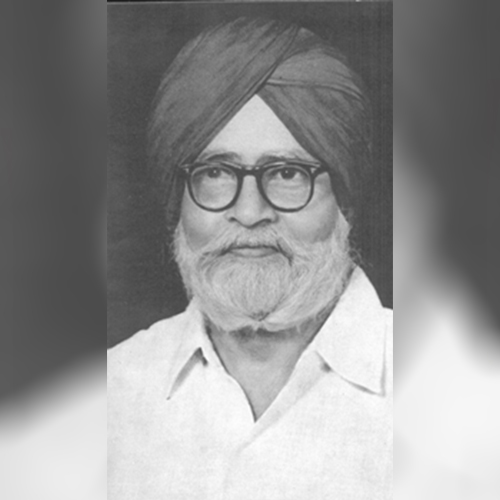 In December 1941, a meeting was held between General Fujimori of Japan, Mohan Singh and Pritam Singh (a Ghadar party operative) where the idea of INA was formed.

Then in February 1942, after Singapore was captured by the Japanese, Fujimori and Mohan Singh addressed the defeated Indian Battalions. Thereafter, the troops were told that they would be treated as allies and friends rather than PoWs. From there on, the INA was officially launched and Mohan Singh was appointed as the General of the Indian National Army. Also Read: Sukh-E Receives UAE Golden Visa!

The First Division of INA comprised almost 16,000 men. The INA was further to be organized in 12 battalions of 650 troops each, organized into 4 regiments of 2000 men each. Battalion and regimental commanders were appointed on 5 September 1942 and assumed their commands on the 8th and 9 September. Later it was jointly reviewed by Rash Behari and Mohan Singh. After the arrest of General Mohan Singh; Ras Behari Bose as leader of the Indian Independence League did his best between December 1942 and February 1943, to hold the INA together. On 15 February 1943, the Army was put under the command of Lt. Col. Kiani. Also Read: Why Do Many Sikhs Have ‘—Naaz’ In Their Names?

Under an agreement of the Japanese with Hitler’s Germany; the ex-president of the Congress Party with a significant following – Subhash Chandra Bose – was sent from Germany to Singapore to take charge of the Indian National Army from Ras Behari Bose. Mohan Singh was called to address the first session of this new army but could not be re-instated in line with the instructions of the Japanese. After withdrawing from the INA, Mohan Singh even served as a Member of the Indian Parliament’s Upper House. Sadly, the role of Mohan Singh towards the formation and success of the INA has been buried in cobwebs of history and most people don’t know his story.

all about lil daku...