The couple has been in a relationship for a very long time but now the two have officially exchanged the engagement rings in the presence of their close family and friends. Several glimpses from the celebrations in the form of photographs and videos were shared by the couple’s friends on their social media handle as well. The photographs looked straight outta fairy tale. Also Read : FIR Registered Against Punjabi Actor Rana Jung Bahadur For Hurting Religious Sentiments 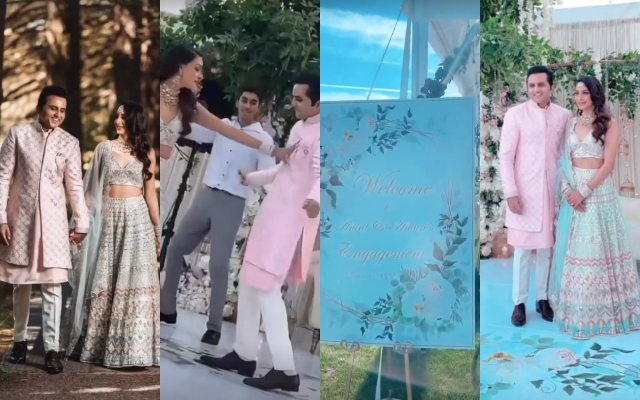 Let us tell you, Aman had proposed to his girlfriend Amrit Berar earlier this year. The pictures from his proposal were also shared on the social media by the producer along with the caption, “And she said yes (heart emoji)”. Also Read : Saga Studios Take Tough Stand Against Cinema Mafia-Here’s How?

Well, that indeed is a great news! Congratulations to the couple from our side as well.

For the unversed, Aman, who along with his brother Pawan Gill is known for producing films like ‘Jersey (2021 film)’, ‘Shehzada’, ‘Puaada’, ‘Shadaa’, ‘Udta Punjab and ‘Black (2005 film)’ amongst others. Also Read : Punjab Assembly Pays Tribute To Sidhu Moosewala

To tell you a bit more about Amrit, she is an MBA candidate from UCLA and the Global Manager at EA SPORTS FIFA.