Do you remember the super hit movie ‘Dil Apna Punjabi’ which starred Harbhajan Maan and Neeru Bajwa in the lead roles along with Gauri Singh, Mahek Chahal, Dara Singh, Gurpreet Ghuggi, Rana Ranbir and others.

Well, having featured in movies like ‘Dil Apna Punjabi’, ‘Ik Jind Ik Jaan’, Gauri has even featured in over 18 Punjabi musical albums. Well, being away from the Pollywood industry for quite some time, let us tell you what she’s been doing these days? Also Read : Fresh Trouble For Shooter, FIR Registered Against Makers!

Gauri stepped the B-Town a few years back and after that she has been working primarily in the Hindi television industry. Not only this, she had acted in a Bollywood movie, ‘Son Of Sardar’ starring Ajay Devgn and Sonakshi Sinha in the lead roles. In the movie she had played the role of a village girl alongside Juhi Chawla, Sanjay Dutt and others. Since she started to get work in the Hindi television industry, she made a move towards it after which she featured in several shows like Crime Patrol, Fear Files, ‘Hamari Devrani’, ‘Meera’, ‘Chand Ke Paar Chalo’, ‘Raavan’, ‘Rishta Likhenge Hum Naya’ and many others. Also Read : Check Out Neetu Singh’s New Curvalicious Avatar! 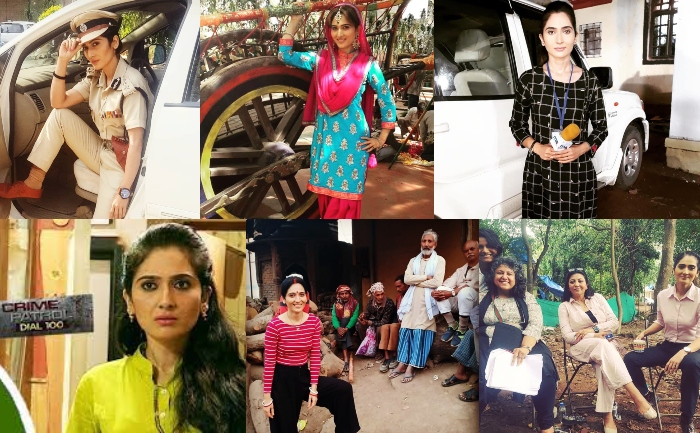 Though, this journey was not an ice walk for her. Reminiscing her childhood memories in an interview, she had talked about how she always wanted to be a model and as a little kid, she would covertly watch models walking the ramp and imitate them. Belonging to a conservative family, her family wanted her to follow civil engineering and join the family business. However, she was running her own interiors firm in Punjab but she was never engrossed in it since she wanted to follow her passion for modeling. Luckily, once she had to travel to Pune for a construction project when she stayed in Mumbai for a few days and who knew there was no looking back for her. Also Read : Exclusive: Jayy Randhawa To Feature Next In The Film Penned By Dheeraj Rattan!

As they say sooner or later, hard work pays off and that’s what happened even in the case of Gauri and we too are happy for her.

honey mattu opens up his own clothing retail store...