Do you remember the cute actress who starred in the 2013 Punjabi film ‘Saadi Love Story’? The film starred Neetu Singh alongside Amrinder Gill, Diljit Dosanjh and Surveen Chawla.

If not, then let us tell you, Neetu Singh is best known for her roles in movies like, ‘Saadi Love Story’, ‘Special 26’ and others. She started her career in the year 2008 after winning a beauty pageant and went on to feature in the music video of Harbhajan Maan’s superhit track, ‘Call Jalandhar Ton’. Neetu made her acting debut in the year 2012 with ‘Dil Tainu Karda Ae Pyaar’ alongside Gulzar Inder Chahal. She was last seen in ‘Sardar Saab’ in the year 2017. Also Read : When Will Pavan Malhotra Get His Acting Due? 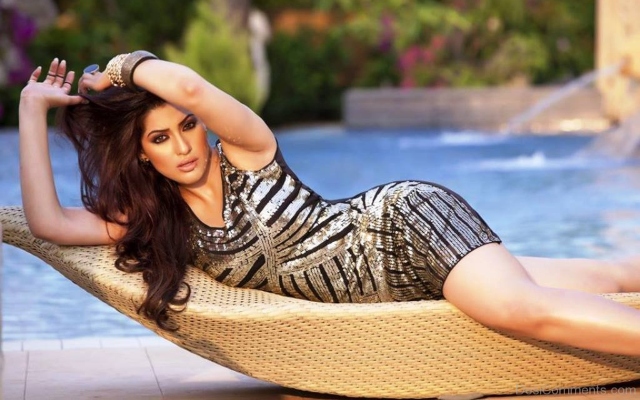 Even after stepping into the movies, she continued to feature in several music videos like‘Half Window Down’ by Ikka and ‘Chick Main Hoon Brown’ by Lil Golu. Both these songs were released in the year 2016 and Neetu was seen in a super glamorous avatar. The success of these songs can be ascertained from the fact that even after so many years of it's release, these songs sound so fresh!

Actually, recently while scrolling our social media feed, we came across this diva and we were wondering as to what has she been doing all these years.

So, after stalking we got to know what kept her busy all these years even after staying away from the glitzy world. By the way, let us tell you, Neetu over the years has turned into a curvaceous hot babe! Check out her recent pictures! Also Read : Danabaad In Arjan Djillon’s New Song! Here’s Why This Place Is Important?

Isn’t she too hot to handle? No doubt, she has really pulled over every look with so much poise and sophistication.

Well, let us tell you the diva is now married to popular producer Nitin Talwar. The couple currently own ventures, ‘Orrange Studioz’ and ‘Sapphire Entertainment’. Not only this, Neetu runs a fashion label by the name, 'Design by Neetu'.

A few years back in one of her interviews she had opened up about a project opposite Yuvraj Hans which was titled, ‘Yaar Malang’ for which she was shooting in Chandigarh then but no update regarding the project came ever again. Also Read : Diljit Dosanjh’s Savage Comebacks That Left Us Saying ‘Ghaint Galbaat’

But how can we forget her cute and bubbly on screen appearances? Well, let's just hope she returns to the silver screen with a wonderful project soon. Do you also wish to see her making a comeback, do let us know in the comments section!