One of the largest film festivals of North America, The International Film Festival of South Asia (IFFSA), is an annual festival focusing on the cinema of South Asia. It aims to foster a greater understanding and appreciation of the South Asian experience by offering unique insights and new perspectives through the medium of film and music. Also Read: “Feet Tied I Was Beaten With Chain Locks”, Music Producer Andy Calls For Help

For 2021-22, the IFFSA Toronto and IFFSA Talent Fund jury have finalized five films to be made under the Bright Lights Program, from emerging South Asian Canadian filmmakers from across the country! The projects namely— ‘The Chase’ by Gurjeet Bassi, ‘Indian Standard Travel Time’ by Kashif Pasta, ‘Copeless’ by Jaskaran Singh, ‘My Son Went Quiet’ by Ian Bawa, and ‘Another Visit’ by Haaris Qadri— are 10 to 15 minutes long each, focusing on South Asian Canadian experiences. The funding of $75,000 will be distributed among the selected projects. 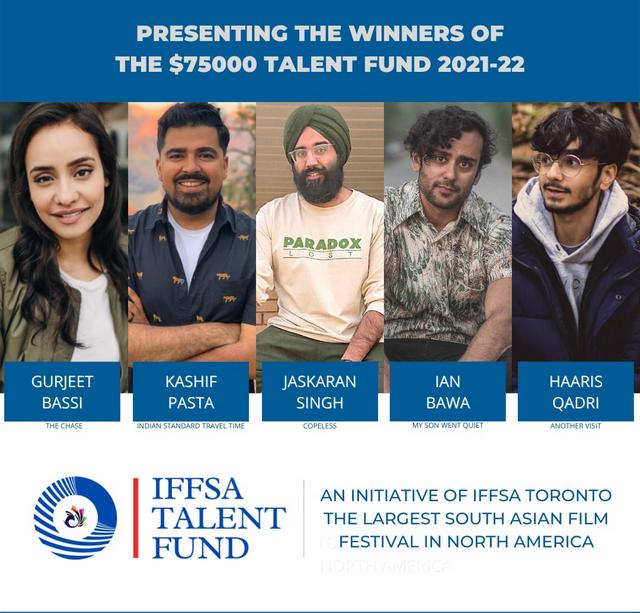 The IFFSA (Toronto) has initiated this Talent fund so as to provide amenities to the South Asian Canadian filmmakers so that they can overcome the issues faced otherwise. Staying true to its mission of supporting the development, promotion, and celebration of South Asian Canadian talent and cinematic arts, and using cinema to build the South Asian Canadian narrative, the festival is using the fund as a catalyst to empower filmmakers to help them tell their stories. Also Read: General Bipin Rawat Crash: Panchkula-Ites Mourn The Loss Of Brigadier LS Lidder

The jury which consisted of celebrated International and Canadian filmmakers, including Anup Singh, Ali Kazimi, Sami Khan, Supinder Wraich and Rup Magon, helped choose the winners out of 86 applicants and will be providing them with mentorship as well.

To this, IFFSA Toronto President Sunny Gill commented, “Despite having been a part of the Canadian story for over 120 years, South Asians are vastly underrepresented in cinema, even though they are the largest visible minority group in Canada. IFFSA believes it is time to provide a platform for South Asian Canadians to bring forward their stories and share their compelling experiences accurately and fairly.”

While the Talent Fund’s initial focus is on short narrative films, as the initiative builds capacity and grows, the goal is to support feature projects and ultimately other streams of media including digital media. According to IFFSA Toronto, the Talent Fund is an independent initiative and will choose such projects every year! Also Read: Har Gobind Khorana, The Only Punjabi To Get A Nobel Prize!

Congratulations and all the best to the winners of this funding!