The Vicky Kaushal starrer ‘Sardar Udham’ left a mark on everyone, so much so that almost two months later too, the movie is being discussed! The film not just acted as a biography for the freedom fighter Sardar Udham Singh, but also sparked a discussion around the portrayal of the character in films over the years. So here are 4 times, Sardar Udham Singh got the limelight in films.

The first-ever film to be made on the story of Shaheed Udham Singh was the 1976 ‘Sarfarosh: The Story of Shaheed Uddham Singh’. It was a Punjabi language film. Not much information about the film is available but Iqbal Sandhu was the first person to represent Udham Singh on the silver screen. Also Read: Punjabi Wedding Playlist Without Which Every ‘Vyaah’ Is Incomplete! 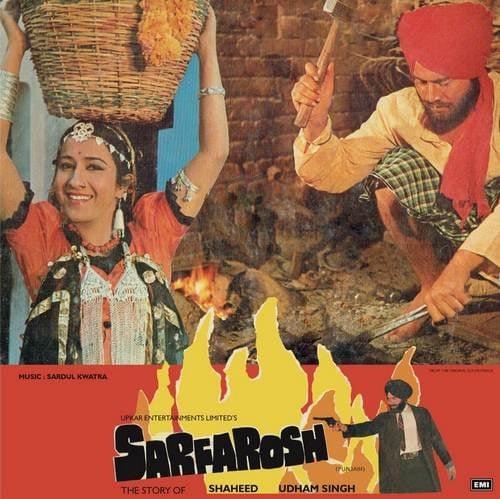 The first Hindi film to portray the character of Shaheed Udham Singh was ‘Jallian Wala Bagh’, which released a year after the Punjabi one. This one showed the whole story of the Jallianwala Bagh massacre in 1919, Amritsar. The film was directed and written by Balraj Tah along with Gulzar. The role of Udham Singh was played by the well-known actor Parikshit Sahni.

The 2000 film ‘Shaheed Uddham Singh: Alias Ram Mohammad Singh Azad’ was the first Bollywood biography of the revolutionary. Written by Surjit Patar and Atul Tiwari, this was the last Hindi film which included the role of Sardar Udham singh until the 2021 ‘Sardhar Udham’ swooped in. Raj Babbar was the one who was cast as Udham Singh in this production. Also Read: Blog: 15 Muhavare That A Punjabi Cannot Stop From Saying

Last but definitely not least, the Vicky Kaushal starrer ‘Sardar Udham’, which released on OTT this year made headlines with being among the nominee list for the Oscars 2022. The Shoojit Sircar directorial was a different kind of biography, which depicted the life of Udham Singh in Indian cinema after 21 years!

While we see innumerable movies about revolutionaries like Bhagat Singh, Chandrashekhar Azad or Gandhi being made, others like Udham Singh are somewhat forgotten. Also Read: Do You Know Aditi Dev Sharma Was Supposed To Make Her Pollywood Debut With ‘Baaz’?

Do comment below if you have seen any of the older films!