After completing the promotions of his recent released, ‘Kade Haan Kade Naa’, Singga has announced his next movie! Wasn't that too fast?

Actually, a new film titled ‘Uchiyaan Udaariyan’ has been announced which will star Singga and Navneet Kaur Dhillon in the lead roles along with Nirmal Rishi, Seema Kaushal, Rupinder Rupi and others. This one will be directed by Imran Sheikh to be produced by Virender Bhalla under the banner of Images International. Also Read : Movie Updates : Here's A List Of All The Punjabi Movies Releasing In December - 2021!

Actually, an event for the launch of Uchiyaan Udaariyan’s first look poster was held recently. The glimpses from the event were shared by the team on their respective social media handles as well. Have a look! Also Read : Teeja Punjab Review: Nimrat Khaira Is The Anchor To This Sinking Ship! 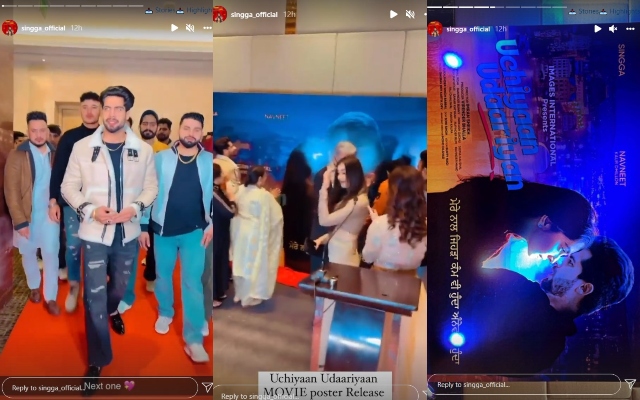 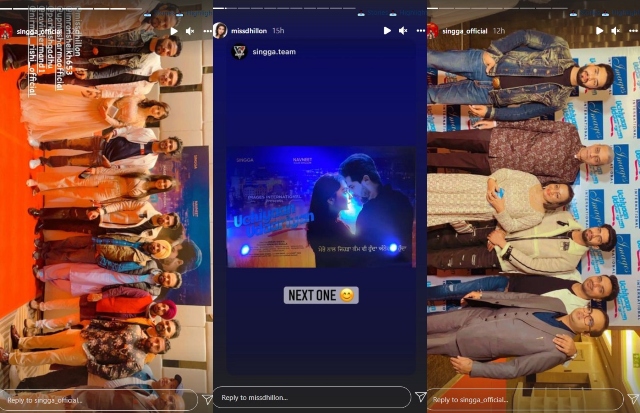 Well, looking at the poster this one also seems to be another romantic movie on the way. It seems Singga is trying his best to change the perception of being an angry lad by choosing back to back romantic movies. Also Read : Danabaad In Arjan Djillon’s New Song! Here’s Why This Place Is Important?

Navneet Kaur Dhillon known for her roles in movies like ‘Ambarsariya’, ‘High End Yaariyan’ was last seen in ‘Jinde Meriye’ which starred Sonam Bajwa and Parmish Verma in lead roles. However, the film couldn’t do well for her and not on the box-office. Also Read : Hollywood To Make Biopic On Sikh Man Nav Bhatia!

But let’s see what this fresh pair brings for its audience in the times to come!