So, while talking to a leading daily, Millind has revealed that he will get married to his long-time girlfriend, Pria Beniwal in January, 2022.

The singer was supposed to get maary Pria this month (November) only but had to postpone his wedding as he was doing Bigg Boss OTT. Furthermore, he even revealed that it will be a traditional affair with all Punjabi rituals. He has even stated that Jaat rituals will also be followed as his lady love is a Jattni. “We have been together for four years. Now seems the right time to take our relationship to the next level”, Millind said. Also Read : Afsana Khan & Saajz’s Wedding Plans Revealed 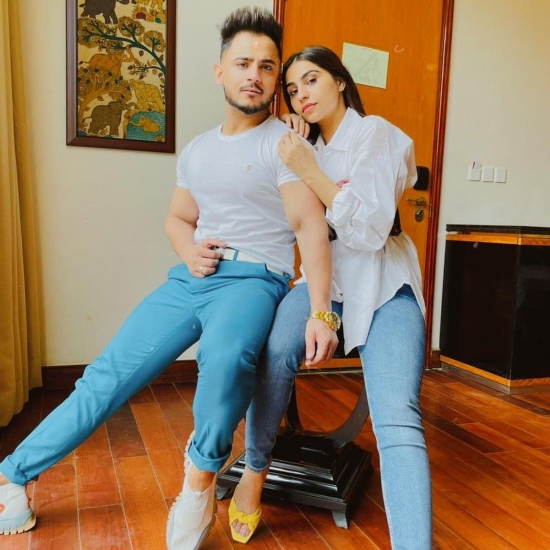 Let us tell you, Pria is a social media influencer. They have also been very open about their relationship on social media as well. Also Read : Sharry Maan Introduces His ‘Begum’ On Social Media!

Known for super hit songs like ‘She don’t know’, ‘Main teri ho gayi’, the singer while talking about his OTT journey states that Bigg Boss OTT was just a competition for him where he conducted himself with full dignity and grace. The reason he participated in the show was to present his real side and not a celebrity who is perfect rather a human being who also makes mistakes and accepts his flaws. Also Read : Hey! Neha Dhupia Was In Chandigarh?

Well, how did you like his journey in the reality show, don’t forget to share with us in the comments section.