Recently, Shehnaaz Gill released a tribute song titled, ‘Tu Yaheen Hai’ for her close friend and rumored boyfriend, Sidharth Shukla whom she had met in Bigg Boss 14. The chemistry of both was loved by the audience so much so that people went on to create couple fan pages named as 'Sidnaaz'.

The demise of Sidharth came as a sudden shock for the entire nation and especially Shehnaaz was shattered post the actor’s death. Nearly two months after the death of the actor, Shehnaaz released a tribute song in his remembrance after which netizens started to slam Shehnaaz stating why would she monetize her song if she really wanted to pay the tribute. Have a look! Also Read : Movies Updates: Here’s A List Of All The Punjabi Movies Releasing In November – 2021

Not only this, Jaan Kumar Saanu (who was also the fellow contestant of Sidharth and Shehnaaz) and Amit Tandon announced the release of the cover song in the form of tribute.

This too invited a lot of backlash against the artists.

However, in response to this Amit stated that the song was recorded even before the untimely demise of the actor and the cover song is not a tribute. Also Read : Miss Pooja Announces Motherhood With First Pictures Of Her Son Aalap Singh Tahli

Amidst all this, one of the trolls was also shared by Aly Goni which read “Here we are still mourning this unfortunate event n people who claim to be his close friends are selling emotions on the name of a Tribute. Asking us to make reels on someone's death, counting views n likes! How low will they stoop? Stop the mockery! stop using Sidharth Shukla,” and Ali wrote, “Stop it, guys, seriously,” . Also Read : Shweta Tiwari’s Daughter Palak Tiwari Marks Her Pollywood Debut! 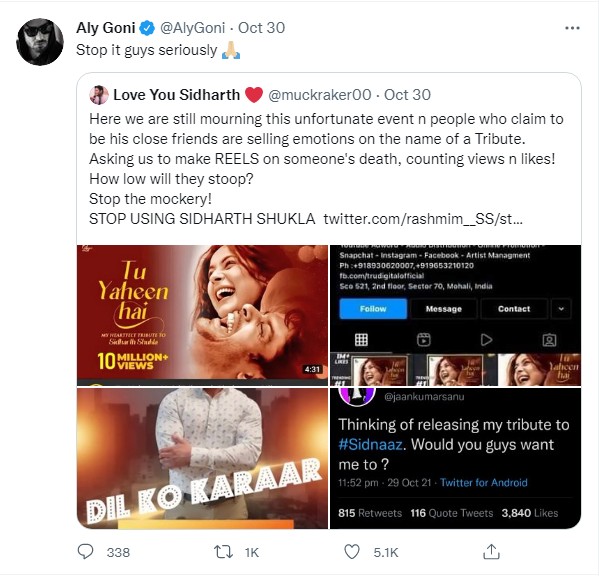 Minutes after this Aly posted another tweet which stated that he did not aim at Shehnaaz and that she has full right to pay the tribute.

Not only this, Asim Riaz who was also the fellow contestant had also taken to his social media requesting people to stop using Sidharth Shukla for their personal gain. 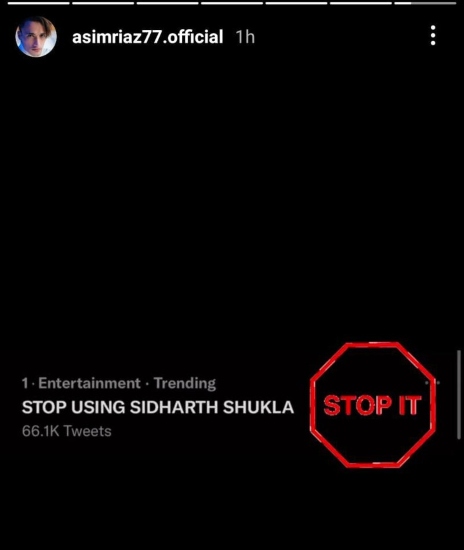 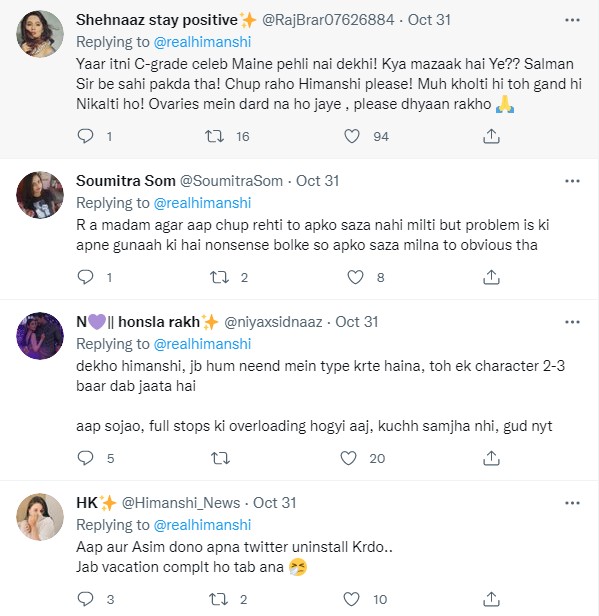 However Asim came in support of Himanshi and asked people to not drag Himanshi in all this.

Well, this is the event that has happened and the series of event which led to trend #Stopusingsidharthshukla. What is your opinion on this, do let us know in the comments section.