Punjabi model-actress Himanshi Khurana has surely come a long way especially after her stint in the controversial reality show Bigg Boss 14. The beautiful diva grabbed a lot of headlines after her relationship which grew in the Bigg Boss house with Asim Riaz.

Well, owing to her increasing popularity, she was offered several OTT projects which she turned owing to the intimate scenes involved. Also Read : Bigg Boss 15: Afsana Khan’s English Version Of ‘Titliaan’ Will Make You Go ROFL! 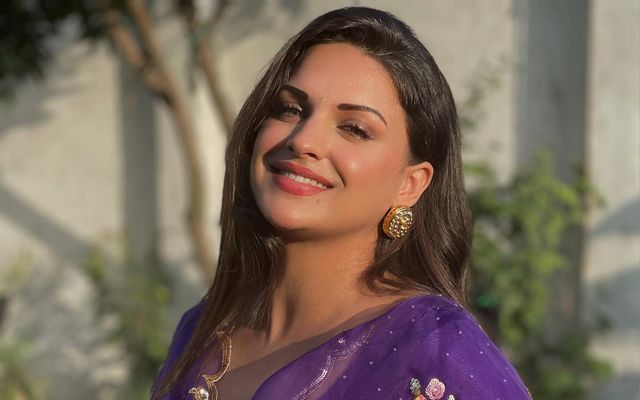 In one of the recent interviews she has revealed that she was being offered three big Bollywood projects and one of them was ‘Hate Story 4’. She stated that one of the leading Punjabi actresses (Ihana Dhillon) has ultimately worked in it but the project was offered to her also. Furthermore, she revealed that the makers had shortlisted a few popular 5-6 names from the Punjabi industry and she was one of them but since she wasn’t comfortable doing the intimate scenes so she did not take it. Also Read : Singga Bursts Out With Anger Over Casting Couch In Punjabi Industry!

In addition to this, she stated that she is open to working on OTT but she has her own set of limitations. “These days web series have a lot of intimate and bold content and it has become a demand of that platform. Sometimes it seems that it has become compulsory to have bold content in web shows and I’ve been offered a few shows in the past but I’ve turned them down.” Also Read : Upcoming Punjabi Movies - 2021!

Well, that’s absolutely the actress’ choice but we’ll surely look forward to see her making her debut on OTT with some really good project very soon!