Saajz Reacts On The Unruly Behavior Of Afsana Khan In Bigg Boss 15!

In the last ‘Weekend Ka Vaar’ we saw host Salman Khan criticizing Afsana Khan for her language and behavior with the fellow contestants.

Now, the singer’s fiancé Saajz has reacted on her behavior in the house. 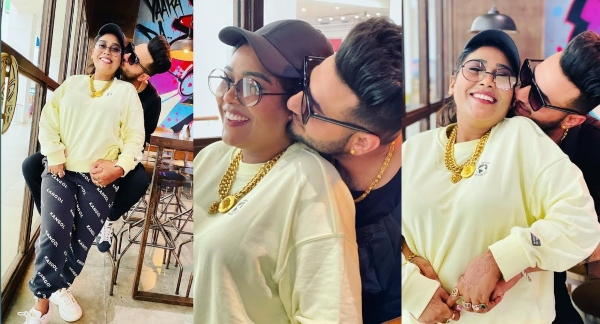 While supporting and defending Afsana’s behavior in the house he called her a ‘sensitive’ person who needs to be treated in a certain way. Also Read : Here's All You Want To Know About Afsana Khan's Beau- Saajz!

While talking about the host, Saajz has praised Salman as he guided Afsana to the right path. He says, “Salman sir is our senior and hum unki kisi bhi baat ka bura nahi maan sakte. Hamaare star guru log hamein gaali bhi de ya samjhaaye toh hum uska bura maan hi nahi sakte. I have seen people being pulled up by Salman sir in previous editions of the reality show aur unki life bann gayi hai. So, I won’t feel bad even if he pulls up Afsana in the next episode as well.”  Also Read : Congratulations! Happy Times In Rana Ranbir Family, Seerat Gets Engaged!

But at the same time he believed that other contestants should also be criticized for their misconduct. He revealed that he felt bad when no one spoke against Shamita Shetty and Vishal Kotian who kept instigating Afsana.

Defending his lady love, he said everyone called out Afsana for calling the actress ‘buddhi’ but no one said anything to the latter who called her ‘sh*t lady’. He went on to state that Vishal too said something nasty to her last week. Yahaan par mudda uthna chahiye tha ki ladies ki respect nahi ho rahi hai. Also Read : Femina Miss India Punjab, Navpreet Kaur Returns After Battling Severe Illness!

In conclusion he stated the show to be a game and that it is just a phase. He believes that Afsana has all the qualities of a winner who simply needs a push. “Salman sir has also encouraged her and I am sure that she has taken a cue from the weekend episode and will play well.”