Bigg Boss 15 is already filled with so much drama, fights, budding romances and what not leaving fans glued to their TV screens. Afsana Khan too has been grabbing a lot of headlines but for all the wrong reasons as she gets into a heated argument with one or the other co-contestant.

Now, once again Afsana has indulged in an argument with her co-contestants, Tejasswi Prakash and Shamita Shetty. Also Read : Pollywood Artists Who Are Hardcore Pet Lovers! 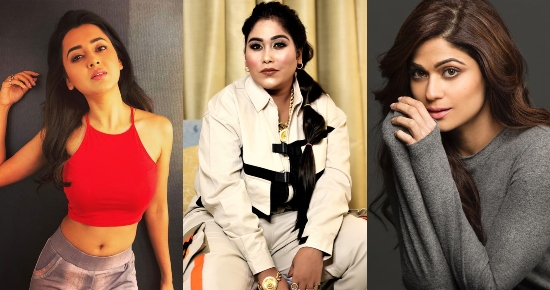 Actually during her fight, Afsana referred Tejasswi as ‘naukrani’ of the house because she has been taking care of everyone’s food and handling the kitchen duties. Well, this was not taken well by Tejasswi’s fans who took to their social media and requested the singer to respect Tejasswi. Also Read : Neeru Bajwa Shares Details About Her Debut Hollywood Project

‘Swaragini’ actress has been gaining praises for ruling Bigg Boss 15 kitchen with her well strategized way of planning and cooking meals for every contestant in the show. No doubt, she has been entertaining the viewers with her antics in the house as well.

This was not all, Afsana even indulged in a verbal brawl with Shamita Shetty where she went on to call the actress as ‘Gandi Aurat’, ‘Flopstar’ and that no one would recognize her when she would walk on roads. Also Read : Music Record Label Geet Mp3 Opens Up A New Office In Mohali

This was surely to embroil Shamita who in return called the singer as ‘Ghatiya Aurat’. After this Shamita broke down.

Afsana’s attitude was not taken well by Karan Kundrra and asked the singer to shut up. In fact, Shamita’s fans too got upset and reacted on social media.