Ranjit Bawa Reacts On Comparison With Ammy Virk In A Viral Post!

Recently, Ammy Virk and Jagdeep Sidhu are surely sailing through rough waters especially after the release of Ammy Virk’s Bollywood debut project ‘Bhuj’ and now the teaser of ‘Qismat 2’.

In another incident that happened targeting Ammy was a viral post which surfaced online and compared singer – actor Ranjit Bawa with Ammy Virk calling Ranjit as a warrior and Ammy as a traitor. The post that surfaced read, “the movie which was supposed to be made under Ajay Devgn’s Production requitred a turbaned actor for the role of a soldier in the film, after which Ranjit was approached for the role but he declined the role as Ajay Devgn has been against farmers and Zee News has been referring us (farmers) as terrorists and what not. Ammy Virk has charged a whooping amount and signed Bollywood projects”. The post went viral in no time and as soon as it reached Jagdeep, he posted the same on his Instagram story tagging Ranjit Bawa seeking clarifications for the audience. Have a look! Also Read : Even After His Apology Video, Sikh Activists Stage Dharna Demanding Action Against Gurdas Maan

In response to which, Ranjit Bawa took to his social media and made all the clarifications. He revealed that it was his choice of not working with Zee group and the viral post that states of him working in a Bollywood movie is a fake news. Furthermore, he said, neither he nor his team is aware of any such project being offered to him. Also Read : Ihana Dhillon Shares Shocking Details Of Her Accident – See Pictures!

Jagdeep thanked him for making all the clarifications and appreciated Ranjit’s movie stating if anybody else was at Ranjit’s place, he would have used this incident as an opportunity. Also Read : Amberdeep Stands For Ammy , Shares Calculation Of Ammy’s Contribution Towards Farmers Protests! 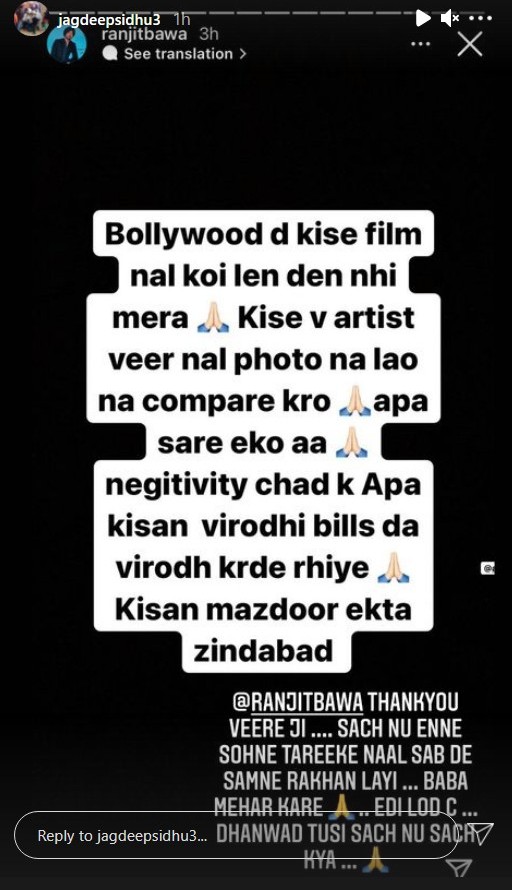 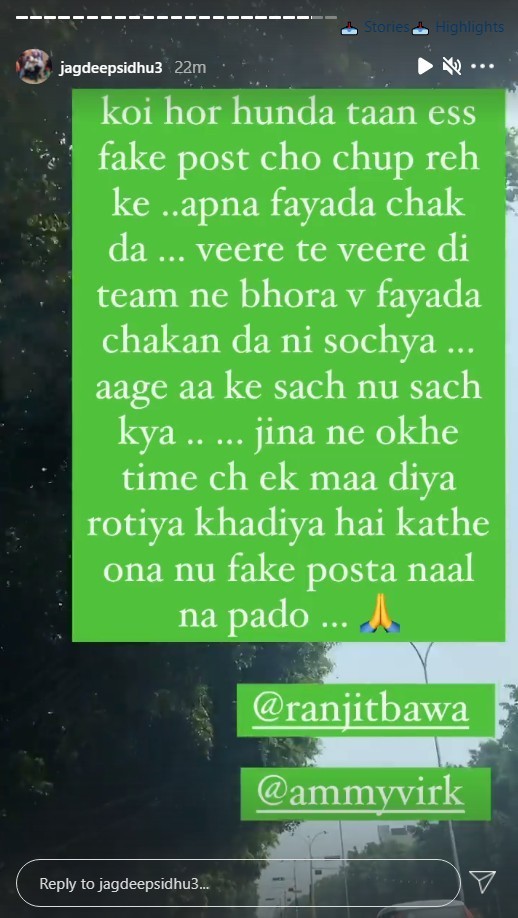 Well, as they say unity is strength, the union and honesty that Ranjit has shown is worth appreciating.