This Is The Kind Of Indo-Pak Relation We All Want!

Entire nation was super happy and filled with pride when Haryana’s lad Neeraj Chopra brought Gold medal back home in men’s Javelin Throw in the Tokyo Olympics 2020. But one other thing which caught everyone’s attention was the tweet that went viral from the account named after Pakistan’s Javelin thrower. Let us remind you, the tweet read, “Congratulations to my Idol #NeerajChopra for winning Sorry Pakistan I could not win for you. #ArshadNadeem.” Also Read : Tokyo Olympics 2020: All You Want To Know About Men’s Javelin Thrower Neeraj Chopra! 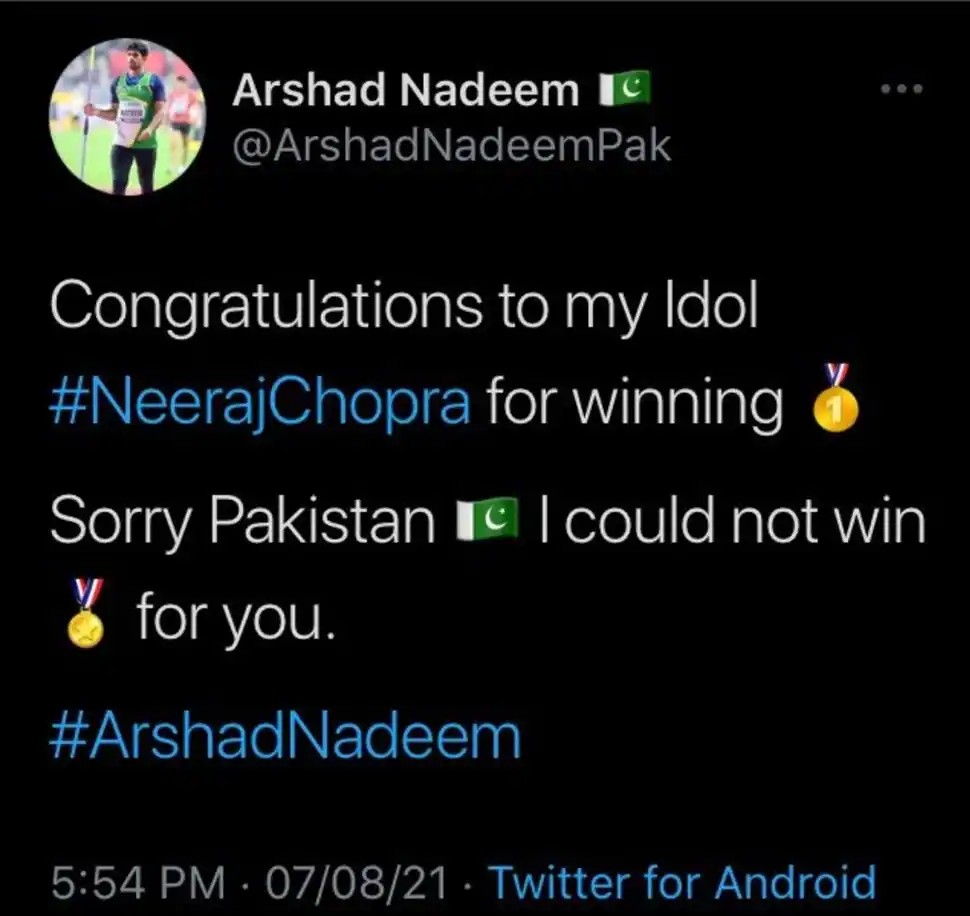 Let us remind you, Arshad Nadeem was the star Javelin performer from Pakistan who was competing with Neeraj in the finals of Tokyo Olympics 2020. Later, Neeraj, while talking to a leading daily, had even revealed that he would have been happy to see the Pakistan ace player winning the medal. He said that he felt it would have been wrong to indulge in any India – Pakistan war in the Olympics. Also Read : An Unfulfilled Desire Of Gurpreet Ghuggi Regarding Pakistan!

Though, the tweet which went viral was fake but don’t you think we all secretly want such a friendly relationship between India and Pakistan. What do you think? Don’t forget to share your views with us in the comments section below!

check out the pictures of lisa haydon new born bab...

has sardar sohi accidentally announced his next fi...