Wow! Yo Yo Honey Singh And Rapper Agsy To Collaborate Soon!

Lately, there has been a lot of unexpected collaborations that has been happening these days in the Punjabi industry. As a result of which, we see a lot of superhit songs! The very recent Sidhu Moosewala and Raja Kumari in US from Moosetape is a very big example. Well, now another anticipated collaboration is by none other than Yo Yo Honey Singh and Agsy. In an interview with a portal named ‘RapIndiaOfficial’, Agsy spilled beans over her upcoming project with Yo Yo. 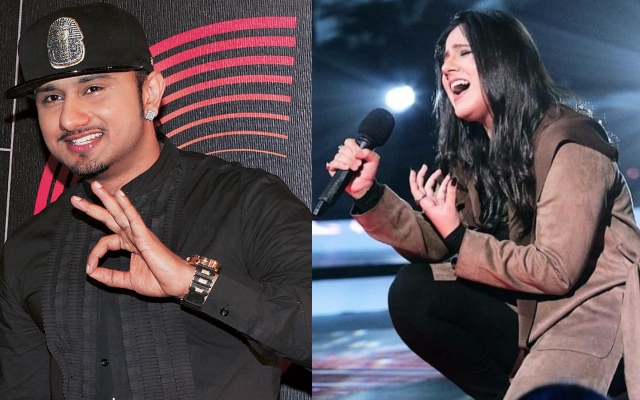 During the live interview, one of the users asked if they could see Agsy and Yo Yo Honey Singh collaborating and then she told, “Definitely it is coming! Music video is in the pre production stage but still cannot say when will it be released but I am super greatful. Honey Singh is one of my biggest inspirations”. Also Read : Is Lyricist-Singer Raj Ranjodh Collaborating With The Global Superstar Justin Bieber?

Well, after Saiyyan Ji its been quite some time even we have not heard anything from Honey Singh about his new projects but this hint surely has raised hopes. Can’t wait for the details now.

For the unversed, let us tell you, Agsy is a stage name used by Agrita Dhawan who is an Indian rap artist and singer who has been one of the contestants of India's first rap reality show “MTV Hustle (2019).