Did You Check Out These Cute And Adorable Photographs From Geeta Basra’s ‘Virtual Baby Shower’?

After Rannvijay Singha and Prianka Singha, its actress Geeta Basra and cricketer Harbhajan Singh who are expecting their second child due in July, making the world go gaga over the virtual baby shower that they celebrated. Geeta took to Instagram to share a series of photographs from the ceremony.

Geeta sharing the post on her Instagram account wrote, “My girls are the best! (With a heart emoji). What a beautiful and sweetest virtual baby shower surprise!”, read one of the excerpts from the caption.

In the pictures, Geeta can be seen wearing a blue Bardot dress with a polka-dot design. She posed in front of giant wooden letters filled with balloons, spelling the word ‘baby’. The room can also be seen decorated with pink and blue balloons. Whereas Harbhajan chose to dress casually in a navy-blue long-sleeved T-shirt with cargo pants and a cap.

In another photograph shared, there is a cake which reads ‘Geeta’s baby shower’ which featured the likenesses of Harbhajan and Geeta lying in bed with Hinaya and their second (yet-to-be-born) child. Amidst the ongoing pandemic, their friends attended the ceremony virtually. 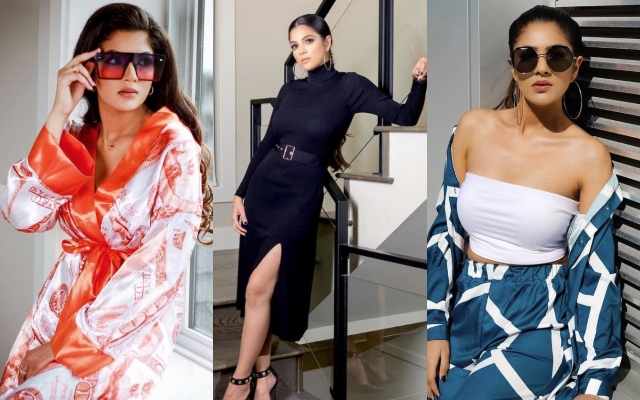 these shots from diljotts latest photographs are o...