Do You Know Why Tania And Gurnam Bhullar Suddenly Gained A Lot Of Weight?

A lot of times we keep hearing actors undergoing some special routine and lifestyle to work upon a character. Well, this generally used to be the case only in the Bollywood industry but now it seems Pollywood industry has also started to follow this league as per the demand of the film.

Before you guys wonder who are the ones undergoing such rigrous preprations, let us tell you it is none other than the very talented Gurnam Bhullar and Tania.

A few days back Gurnam had posted on his social media about his gained weight and now Tania has also come up with the news of her weight transformation. Recently, Tania took to her social media and shared a glimpse of weighing machine stating her weight gain journey of putting on13.5 kgs for her upcoming 'Lekh' directed by Jagdeep Sidhu.

It is worth mentioning here that earlier actors like Diljit Dosanjh (Sajjan Singh Rangroot) and Dev Kharoud (DSP Dev) had also put on the weight to prepare themselves for their characters. But this is for the first time that a female lead is going to undergo any physical transformation in the Punjabi industry proving 'mhaari chhoriyaan chhoron se kam hai ke'. Also Read: After Declining A Bollywood Offer, Here's How Tania Managed To Bag Punjabi Films!

Well, Gurnam Bhullar is also one of the versatile singers that our Punjabi music industry has. Not only just his songs it is his acting skills that made us fall love even more as an artist. Known for his songs like Diamond, Jhanjhran, Fakira and several others. All his songs have gained a huge of appreciation from people. But one thing which had made everyone curious was the fact that why Gurnam has gained a lot of weight suddenly.

Since Gurnam will also be soon in Jagdeep Sidhu’s directorial ‘Lekh’ alongside Tania, he is also preparing himself for the character. Sharing one of the posts earlier he captioned, “New day new journey start #Lekh @jagdeepsidhu3 captan pf the ship”. In one of the posts he had also mentioned director Jagdeep Sidhu and wote target achieved @jagdeepsidhu3. Also Read: "I Listen To Harbhajan Mann's Rabb Kerheaan Ranga Wich Raaji Whenever I'm Down"- Gurnam Bhullar

Well, the trio are brilliant in their respective jobs and we just cannot wait for them to create the magic together on screen! things youll relate to if you have a punjabi mom... 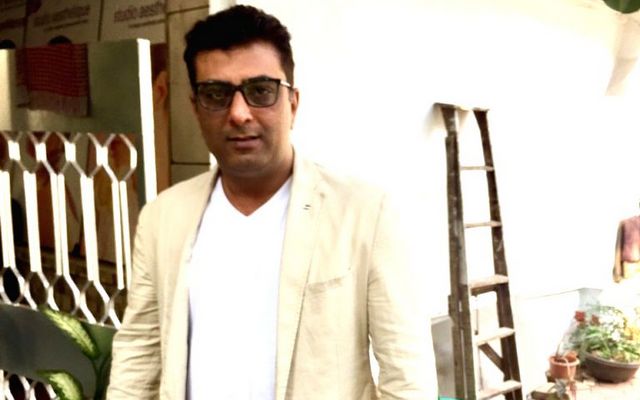