It’s an old saying, with good comes a little bad too. So when we witnessed great content-oriented cinema in 2019, we also had some horrendous movies which disappointed us. These were movies that were hyped and we thought that these would be good and worth the buzz. But unfortunately, we ended up wasting our time and money on these brainless movies.

Here's our list of the worst Punjabi movies of the year 2019:

1) Singham: The Punjabi remake of the cult Bollywood action movie Singham which originally stars Ajay Devgn. The Punjabi Singham was ruined by Parmish Verma and Navaniat Singh. The movie was one of the worst experiences of this year. Though adopted in Punjabi, this remake was more of an unintentional comedy movie which was a pain to watch on screen. The length, acting, direction, everything accurately helped us to reach this conclusion that this was the most disappointing movie of 2019.

2) Band Vaaje – A cumbersome confusing comedy movie that wasted the talent of its artiste too. Band Vaaje starred Binnu Dhillon, Mandy Takhar, Smeep Kang and more, but it was a pain to watch. The movie was sluggish and didn’t make any sense onscreen. Cliché dialogue, ridiculous accents, and poor writing and direction helped this movie to be a part of this list.

3) Doorbeen - This Ninja and Wamiqa starrer didn’t make any sense to us. Not only was it a result of lousy writing but it also went quite directionless. We didn’t understand what the makers wanted to say, but if the message was to promote the production of illegal liquor then they have to stop making such movies. Until the interval, we didn’t understand what was happening, which era were we seeing on screen and why was everything so chaotic. This one surely deserves a place on this list.

4) Teri Meri Jodi – Promoted under the name of Sidhu Moosewala, this one was another disaster. Though we didn’t have high expectations from director Aditya Sood after looking at his past record but his promises of not making a film if this one doesn’t work gave us some hope. But no sooner we understood that this was one of the biggest debacles of 2019. This one was an exaggerated film with a lot of musical tracks and a bad storyline. The overconfident director has already announced it’s part 2 but we aren’t really sure that we would waste our time and money on that one.

5) Daaka – Gippy Grewal's latest one was quite a disappointing attempt. This long stretchy movie had musical tracks without any sync. We had high expectations from this one but it fell flat as it neither created curiosity nor entertained us a bit. The film was reportedly a sequel of Jatt James Bond but thanks to its poor storyline and amateurish screenplay, it felt as if this one's made by those who have no sense of film making. Certainly a failed attempt.

6) Dil Diyan Gallan – This Wamiqa and Parmish Verma starrer movie seemed quite promising from the trailer but when we saw the movie it was nothing but a boring and irritating film. The love story which could have been well screened was a prey of weak writing and a lot of overacting. The social media stars' subject was mishandled and projected in the worst possible way, not to forget the 'Natasha Waraich' tone by Wamiqa that still haunts us. Aargh!

7) Uda Aida – Tarsem and Neeru starrer Uda Aida was another disappointing movie this year. Made on an interesting subject the movie went quite haywire because it lacked direction. The movie failed at making a point to us with all that was being projected on the screen. The lecture, in the end, was a little too much to handle and this one was nothing more than a badly inspired remake of the gem Hindi Medium.

Well, there have been many more but these ones have surely topped our list of the worst movies of 2019 and this list purely based on our reception of the film. 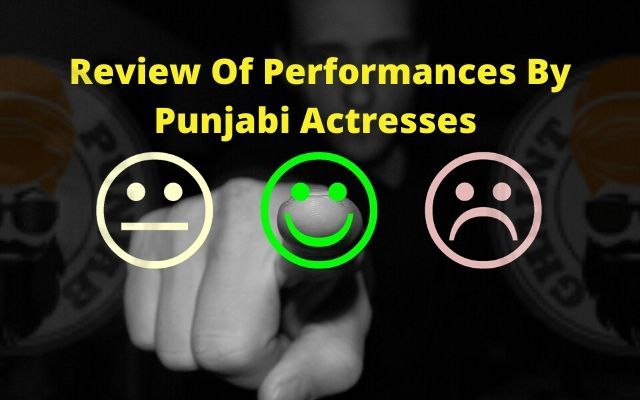