Gippy Grewal's Web Series 'Warning' Might Land Him In Trouble!

Gippy Grewal had announced his first step into the web series world with a Punjabi project titled 'Warning'. He had shared the poster of the web series on his social media accounts. The season one poster carrying Prince KJ was shared where he's seen dipping a biscuit in a presumable glass of 'angoori' sitting on the floor in front of a car that has a gun resting on it. The poster carries the tagline 'vehle aa banda bunda hee marvalo'.

This tagline hasn't gone down well with the man who has been aggressively working towards eradicating vulgarity, weaponry and gang war culture from Punjabi entertainment industry, especially Punjabi songs - Pandit Rao. Pandit Rao has filed a complaint against Gippy Grewal seeking an FIR for sharing a violent poster on his social media account. The complaint has been addressed to the SSP SAS Nagar Punjab Police, IGP Cyber Cell SAS Nagar, and a copy has been marked to CM Punjab and DGP Punjab.

In this letter, Pandit Rao has requested the authorities to take action against the use of such words on the posters which instigate youngsters to indulge in gang war culture, a worrying factor for Punjab. He has further sought urgent action to summon the actor for an understanding of his intentions behind using this tagline on the poster and also has requested answers to 3 other questions including a warning to all singers to refrain from singing vulgar/alcoholic and weaponry promoting songs. He has further mentioned that the High Court has asked the authorities to not allow gun culture and alcoholic songs in live shows and this order must be respected and obeyed, not just for songs but also other related content.

When we got a piece of inside news about this development, we reached out to Pandit Rao and sought a confirmation. The man confirmed this action and stated, "IGP, Cyber Cell has sent my complaint for legal advice after which action will be taken."

Pandit Rao has earlier, on many previous occasions, stood against singers like Sidhu Moosewala, Sunanda Sharma, Mankirat Aulakh, Sharry Mann and even Gippy Grewal. In the ongoing heated controversy of Elly Mangat and Rami Randhawa, when we asked about his stand against this latest culture that these singers have developed, Pandit Rao said, "My complaint against Elly Mangat is registered in the office of AIDGP, NRI AFFAIRS POLICE, SAS Nagar. The same complaint has been forwarded to SHO, Sohana for action...soon SHO will take action."

He even sent us a copy of the complaint filed by him:

At the moment, Elly is already in police remand and the controversy has certainly taken an ugly turn. It is worth mentioning here that Pandit Rao has filed quite a number of complaints against Punjabi singers and actors and we're sure that these documents are moving from one authority to the other for action and are definitely going into some account on legal grounds.

Does this mean that in days to come, many Punjabi singers and actors could land themselves in unwanted legal trouble? For now, let's hope that the industry abides by the High Court's orders and cooperates with the authorities for the best of all! 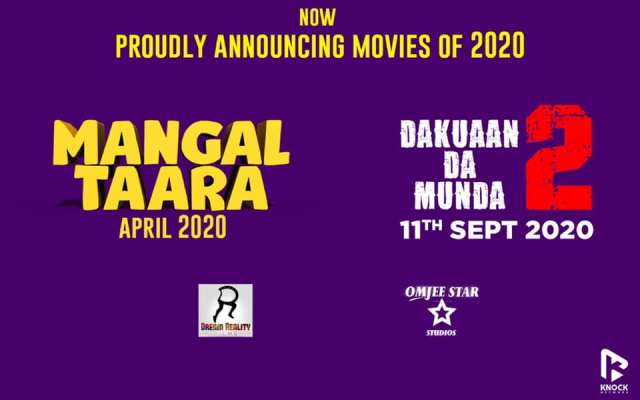