Do You Know Which Was The First Ever Mystery Punjabi Movie??

Although the journey of Punjabi cinema would have started around 1928-29, the taste of a major chunk of content remained similar for the next many years. However, a big turnaround happened in the year 1977 when Punjabi cine world got its first-ever mystery film ‘Wangar.’ This one starred Baldev Khosla, Vijay Tandon, Meena Rai, Ruby Singh, Madan Puri, Manmohan Krishna, Chaman Puri, Kanchan Mattu, and Mehar Mittal.

Despite being a content-rich film, ‘Wangar’ failed to impress the audience. The film witnessed a below-average run at the box office. Nevertheless, though ‘Wangar’ would have failed to create magic at the box office but its impact upon the Punjabi cinema still remains to everlasting.

The theme and storyline of ‘Wangar’ became an inspiration for many other films. Filmmakers, who till then were restricted to romantic comedies and family dramas, started looking at mysteries and thrillers thereafter. Thus a trend took off which is going on relentlessly even today with Dharti, Lock, Zoravar, Gaddar, to name a few.

The direction of Prof. P.S. Nirola became an inception point for many stories of that era. Also, the film industry actually realized the potential of actors like Baldev Khosa, Meena Rai, Ruby Singh, Manmohan Krishna, and Ram Mohan. And eventually, these actors went on to dominate the canvas of Punjabi cinema for the next couple of decades.

Similarly 'Wangar' did its job quite handsomely while being in the shadow of the dark, during all this while. Looking back at the passage of time one can say that the movie was ahead of time. Though it wasn’t a commercial success, undoubtedly it will continue to remain an important chapter in the history of Punjabi Cinema. In the end a big hail to team 'Wangar'! 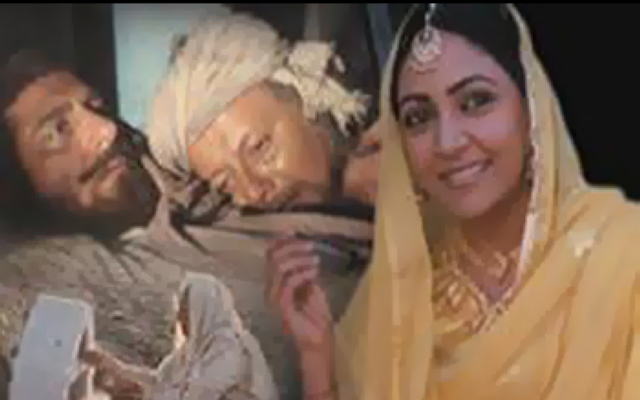