Know What Happened When Gippy Grewal Was Caught Bunking!

Last year, Gippy Grewal came up with yet another hit venture “Mar Gaye Oye Loko” through his production house. Although he made this movie in 2018, this idea was brewing in his brain right from the time he was in his school.

It was an incident when he was caught bunking by his brother and mother. The incident dates back to those days when Gippy used to study in Nankana Sahib Public School, Ludhiana. One fine day, he was out on a bunk and everything was going as per his plan. But destiny was about to reward him something which he would have never dreamt of.  He suddenly noticed two figures alongside him, the first was his mother and the second one was his brother!

After receiving this unexpected surprise, summing up his bad luck Gippy spelled just four words ‘Mar Gaye Oye Loko’! Everyone can surely guess what must have followed after this episode. Well, you might have also faced similar ‘Mar Gaye Oye Loko’ type of situation during school days.

Also Read: Not Many Know About Ranjit Bawa's Biggest Grief In Life!

Although the incident passed like a breeze in Gippy's life, yet those four words ‘Mar Gaye Oye Loko’ got deeply engrossed into his mind. So after years when he opened his own production house ‘Humble Motion Pictures’, the memory of that ‘Mar Gaye Oye Loko’ moment was very much intact.

So he started weaving a story around this title with the theme of ‘Life after death’ in the center stage. Binnu Dhillon, Gurpreet Ghuggi, BN Sharma, Karamjit Anmol, and Sapna Pabbi were roped in to play vital roles whereas while Simerjit Singh took charge of direction. Malkit Singh’s evergreen track ‘Mar Gaye Oye Loko’ was included in the soundtrack in Malkit Singh’s voice. The movie was released on 31st August 2018 and had a decent opening. In fact, by the end of 2018, the movie had reached third place on the list of top-grossing Punjabi movies of 2018.

So, folks, that’s how a spoiled bunk plan can end up in the form of a blockbuster movie if it's taken to the right conclusion!

And now, the man is all geared up for his forthcoming release Manje Bistre 2 which promises to be a laughter riot. Manje Bistre 2 releases on 12 April 2019.

Have something to say about ‘Mar Gaye Oye Loko’ or Gippy Grewal? Write it in the comments below! 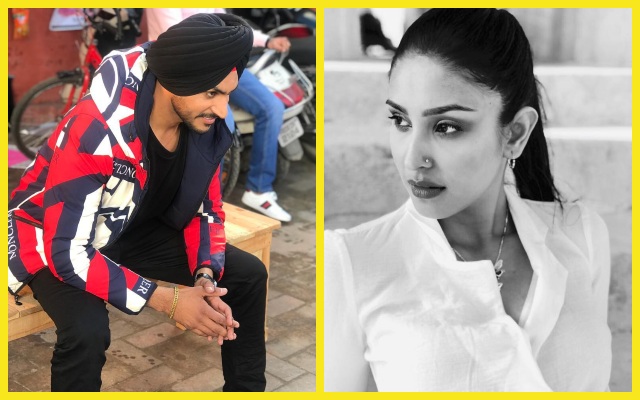