Not Many Know That B N Sharma Once Ran Away From His Home!

B.N. Sharma, one of the veteran names of the Punjabi entertainment industry can be credited amongst those artists who laid down the foundation stone of the present day Punjabi Cinema. They have been serving the Punjabi industry when there was neither much money nor any audience into it.

Sharma, who is known for his pinpoint accurate dialogue delivery, was extremely passionate towards acting right from his childhood and had nothing else in his mind except acting. However, his father being of an orthodox mentality, wanted him to pursue his academics seriously. Under pressure of his father, Sharma even enrolled himself for the post-intermediate education at Delhi University but his rebellious instincts were constantly distracting him away from it.

One fine day this rebel did something totally unexpected. He decided to run away from his home when he couldn’t get over the resistance of his father. He then reached Chandigarh and stayed with his relative for some time. After wandering for a few days, Sharma got the job of a wireless operator in Chandigarh Police. But even in this job, the bug of acting still survived inside him.

A colleague of Sharma suggested that he should get his job transferred to a clerical profile as he would then be able to get more time for his acting passion. Without delaying it any further, Sharma walked up to his senior with this request and his request was granted.

He soon started with CID wing of police and enrolled himself in Bachelor of Arts simultaneously. In those three years, he threw himself completely into the theatre and won many prizes for his great acting performances. It was at this time that a team of Doordarshan visited his theatre group to record a play.

Also Read: Daljeet Kaur: The Veteran Who Has Forgotten Her Own Contribution To Punjabi Cinema. Here's Why

Fortunately, the performance of Sharma was liked by the Doordarshan team. Gauging immense potential in the young B.N. Sharma, he was given the task of playing the lead character in the soap ‘Jeb Katra’.

His performance in ‘Jeb Katra’ was loved immensely and by the time this project ended, offers like ‘Visakhi’ and ‘Flop Show’ were already knocking at his door. And what followed next, is history!

Have a message for B.N. Sharma; write it in the comments section below. 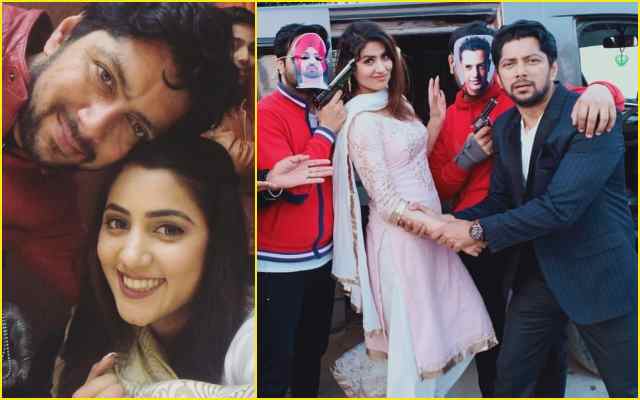