A new Punjabi film titled 'Hanji Hanji' has just been announced and this one will star singer turned actor Jordan Sandhu and Payal Rajput in lead roles.

The starcast made an official announcement regarding this film during a press meet in Chandigarh. 'Hanji Hanji' is being made under the banners of Teji Productions and Mahi Productions. Those present for the media interaction were Jordan Sandhu, Payal Rajput, Sumit Gulati, Rakesh Dhawan, Ricky Teji, Deep Sood, Khushwant Singh, Sukhdev Singh and Gunjan Chauhan.

The film is being helmed by Rakesh Dhawan, who has already written quite a few comedy shows, and films. He has, till now, been associated with the film industry as a writer, but as a Director, this 'Hanji Hanji' will be his first Punjabi film. He shared that this one is a complete family film which will be shot both in Canada and Punjab. The first schedule of the film will be shot in Canada.

Lead actor Jordan Sandhu said "This film will show my acting skills in a different light. The audience will like the film's concept and my character too. I think Hanji Hanji will be my claim to fame in Punjabi film industry. Though I have already finished shooting for another film project but I believe that this one will mark my presence in the industry."

Channa Mereya fame Payal Rajput shared her enthusiasm about this project and said that the audience will be happy to see me in two different shades in this film. I have my complete trust in the Director and the Producers of this film and I'm sure they'll do full justice to the film and the audience.

Sumit Gulati, recently seen in Golak Bugni Bank Te Batua, was happy that his work has been appreciated in his recent film and it is because of this love that he agreed to do Hanji Hanji. According to him, this film will entertain its audience completely and his character will tickle the funny bone.

This is the first film by Producers Ricky Teji, Deep Sood, Khushwant Singh and Co-Producer, Sukhdev Singh (Next Level Entertainment). More details and the release date shall be revealed soon. 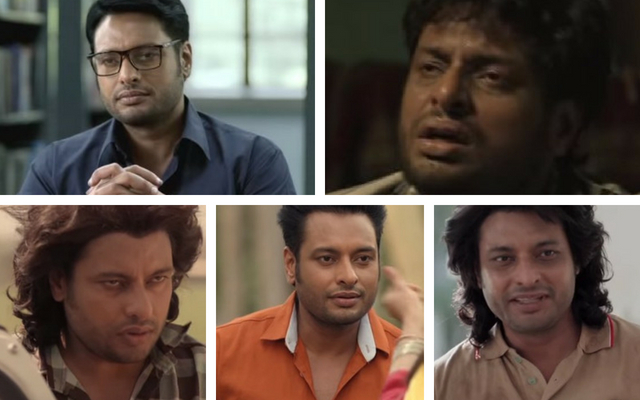