A new Punjabi film titled 'Surkhi Bindi' has just been announced and this one has been scheduled for a release in 2019.

From the poster, it seems like this one will be a female oriented subject but let's see what the team has to disclose further about it.
Surkhi Bindi is written by Rupinder Inderjit and will be directed by Jagdeep Sidhu. It is being produced by Bhagwant Virk and Nav Virk and will release under the banner of Villagers Film Studio. 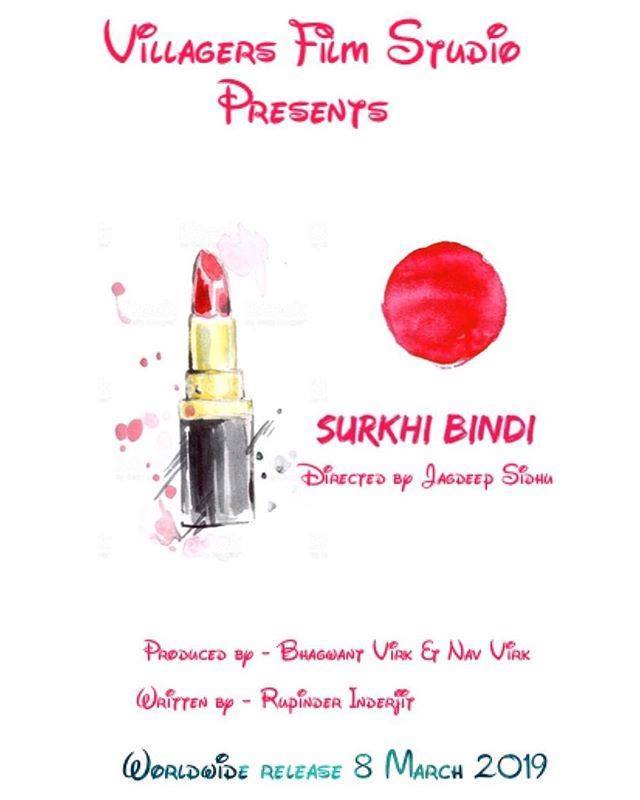 This one is scheduled for release on 8 March 2019.