Exclusive: Sidhu Moosewala Opens Up About His Controversy With Pandit Rao!

A lot has been happening since Moosewala's touchdown on his homeland. From events to concerts, a lot has been up his sleeve. Though his welcome was warm and overwhelming but something else has off lately been grabbing eyeballs and we're sure that you already know what it is.

Shubhdeep aka Sidhu Moosewala has been in news recently for his panga with Pandit Rao and now that a DDR has been filed against him by Rao, we though we should ask him about hi take on this whole controversy.

Here's an exclusive statement from Sidhu Moosewala about the controversy surrounding him and Pandit Rao:

"It is unfair that a man who has problems with my songs, walks into my private property with live streaming on. Who has given him the permission to involve my family into the matter? Pandit Rao is from South India, if he wants to change something he must look into his regional industry first and see how movies have been promoting violence ever since. South movies are filled with violence, guns and mafia stories. No one ever talks about banning them. Why? Why is Punjabi industry targeted? On the other hand, I would also like to say that people who have been protesting about songs promoting guns and alcohols to first protest against the provision of these goods in the market. I think the government should ban these too. They can’t see songs on alcohol but are fine with a theka (tavern) in each sector? Why such double standards?"

"You may call them protesters or haters, they aren’t able to digest how we are rising. People can hold one topic and protest but not talk about how Punjabi music industry is growing. No one talks about how Punjabi music is at a new high. The world is recognizing it, Punjabi songs are now being played at the NBA international level but there is no one talking about that. YouTube is recognizing Punjabi music and singers but no one speaks about that. In today’s time everyone wants to pull you down and no one wants to uplift you. Youth connects with me because of my struggle. There are messages, mails I keep receiving each day about how young singers and writers are inspired by my journey and they aspire to be like me. I am glad that my struggles are an inspiration for many."

"But my heart aches when I see people in constant practice of pulling me down. There are other songs other than So High, but people aren’t talking about them, even though they did well in the market. 'Just Listen' is something that talks about my struggle. 'All About You' is another beautiful track. I am working hard and will keep working this way to entertain my audience. Haters..I don’t care cs I have my own journey."

You seemed disappointed at the stage when the concert was wrapped up?

"I had a few points which I wanted to share with the thousands of students who had gathered around. I wanted them to know my side of the story too. But when I started with the song that I had written, the police wrapped up my show..which was disappointing and that is why I tore the page too. I think both sides should be given equal opportunity to speak there point."

While onstage, Moosewala was putting his point and singing the song he wrote for Pandit, when the police came and the show was abruptly wrapped up. Moosewala was disappointed that he couldn’t put his point through and it was unfair.

Pandit Rao has filed a complaint against you after the event. What is your take?

I have no such information and I wouldn’t comment on it .

Well, it seems like a never ending war between the two. But yes, we must listen to each side before deciding who is right. 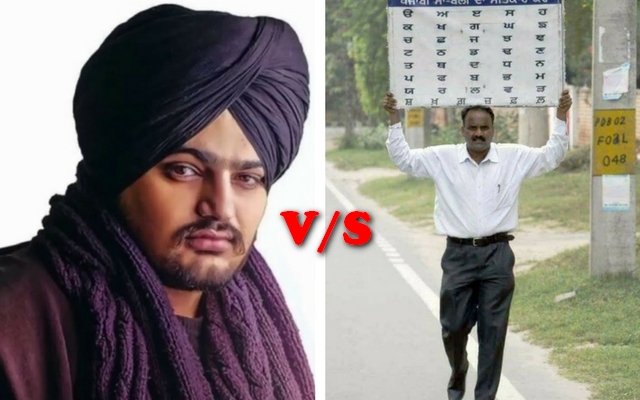 moosewala vs pandit rao ddr against moosewala what... 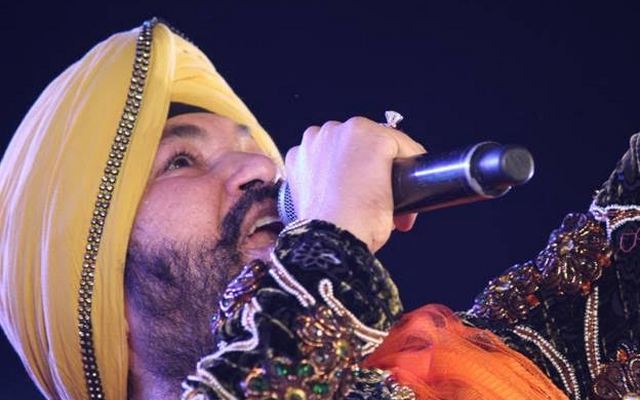