"Rajvir Jawanda Has The Potential To Be The Akshay Kumar Of Pollywood!" - Sumeet Manchanda

How many times does it happen that a debutante impresses his producer so much that he gets compared to the biggest stars of parallel industry?

Well, dunno how many, but for Rajvir Jawanda this has surely come true.

Producer of the big budget multi-starrer Subedar Joginder Singh is so impressed by Rajvir's acting skills that he said, "Rajvir Jawanda is the Akshay Kumar of Punjabi Film Industry."

Being the owner of Seven colors motion pictures, Sumeet made sure that all his actors are worthy of their role and from what we've heard, Sumeet has personally been on ground for the entire shoot to make sure that he gets the desired results in his much anticipated war biopic. As a matter of fact, he is presumably a perfectionist when it comes to chosing his actors and he should be given credit for doing a fab job, atleast in terms of his starcast. As far as the film is concerned, people are way to excited about it and are even eager to watch their favourites in a transformed avatar, as soldiers.

The team had revealed the name of Rajvir's onscreen character today morning. He will be seen as 'Bahadur Singh' in the film, and we must admit that he seems to have got into the skin of a soldier to nail that perfect look which has been released.  Another picture of his character was also shared today and Rajvir's facial expressions look pretty authoritative.

Lesser known fact about this great artist is that he is a trained theatre artist, having a poetic side to his personality, has undergone a rigorous police training- which makes him look absolutely fit and energetic. There is so much more to his personality, he is an adventure loving person and has had the entire India tour on a bike.

The actor has expressed immense happiness and excitement about being a part of this film, which is a highly anticipated one. When asked about his experience, the actor said, “Subedar Joginder Singh is a very special film. I am extremely grateful to Sumeet Ji for giving me this wonderful opportunity. I always aspired to be an actor, and didn’t know that my very first break would be of this grand scale”. 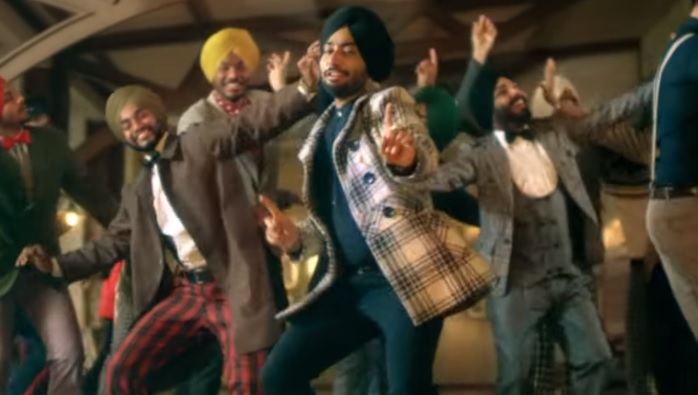 we loved the dancing sartaaj in his latest release...