At a time when the Punjabi film industry is preoccupied with the commercially hit romantic-comedy genre, the recent release, ‘Dulla Bhatti’ came across as a film having serious tone tackling revenge and bitterness. The star cast of the movie includes Binnu Dhillon, Sardar Sohi, Dev Kharoud, Amar Noori, Aman Hundal BN Sharma and others.

Director Minar is much more than a director, he is the writer of the movie and the editor. So much so that he also plays the villain in the movie. He took too much on himself as a result of which the wise choice of the subject went into drain.

Dulla Bhatti, the name gives one the impression that this movie would be about the Robinhood of Punjab, the folklore Hero and this had even been mentioned by the team during many media interactions. But after watching the movie I realized that there is no connection between the story and the actual Dulla, keeping aside one song and thats about it.

Synopsis: Daara, since his childhood days believes that his father died a natural death. Finally, when he gets into his sensible, sane mind, he gets to know about his father’s death, which was a murder. This story even has his love life but that too very less. What I saw majorly was the revenge.

The movie starts on a note where Daara and Zorawar are kids and part ways. But I failed to understand why they even built that thing up? I was pretty clueless as to why they got separated! Moving on, the plot in the first half is vague and stretched. It should have been utilized better for the introduction of each character. Soon Daara and Zorawar part ways over some petty baseless statement and are shown all sad and sobbing. Time moves on and they grow up.

Binnu Dhillon comes into the picture and expectations soar. Yet again, without introduction of the further characters the story moves forward and confuses you. Amar Hundal comes into the picture now and she is Binnu’s love interest. Nowhere is there a connection between the childhood girl with whom he was best friends and the grown up girl. Movie moves on the dirty secrets are unfolded and you finally start getting the hold of the movie. Everyone has a secret to reveal by the end. The plot used by the negative character is another weak point. By the second half you just ask that why in every 15 minutes there is someone killing someone?? Too much killing happening.

The screenplay is disjoint - it moves back and forth like a pendulum and you start losing interest. The background score changes suddenly and you are clueless yet again. There are dialogues which are natural and acceptable but then when there is a fight going on or an emotional scene, the dialogues are over dramatized. The emotional scenes and the fight sequences are too much of dramebazi and just don’t look real.

Talking about the performances Binnu Dhillon was a good performer. His eyes speak for him. Hands down for his experiment and courage to try something so different which is in contrast to his image. B.N Sharma and Sardaar Sohi are veteran actors who have been just dropped into this pond of actors for performing serious fiction that just made no sense. Aman Noorie is pleasant but only when she is smiling, her emotional scenes were a disaster. Dev Kharoud doesn’t really have much screen presence and by the way he was making those facial expressions, thank god there was less of him on screen. Aman is nice to watch onscreen but she seems to have blank expressions and weak tone at many places. Director Minar works well as a villain in the movie.

The one thing that I take back from the movie is Ammy Virk's song titled Wakh, which is solid and expressive .

If you plan to watch it because you think you’ll know about Dulla Bhatti’s story then you’ll surely be disappointed. It is a bad movie and should be renamed as either Badla Jatt Da or Badla Putt Da!

Don't waste your money on this one. 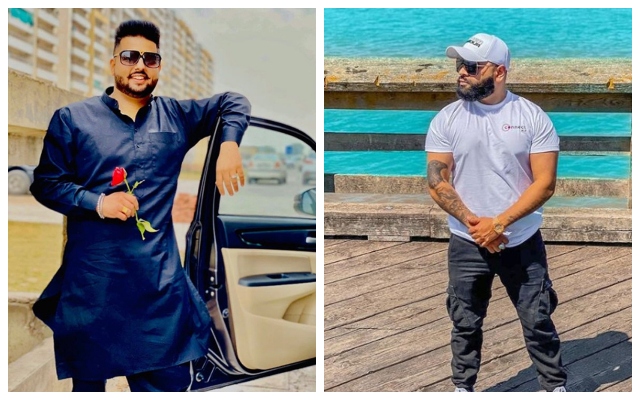 Don't Mess With A Punjabi In Traffic..This Foreigner Tells You Exactly Why!